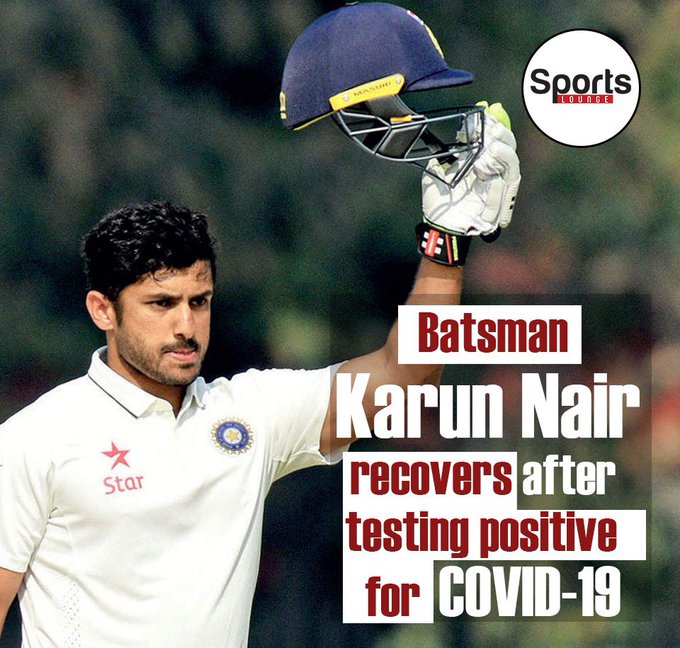 Cricket website ‘ESPNCricinfo’ reported that Nair “went into self-isolation for more than two weeks” before testing negative for the dreaded virus.

The franchise did not comment on the report but a BCCI source told PTI that Nair returned a negative test on August 8 at the end of his quarantine. He will now have to clear three more tests like the rest of the contingent to be able to fly out to the UAE on August 20.

“He is absolutely fine now. He was asymptomatic throughout and was feeling okay. His test came negative after two weeks and he has even resumed personal training. Now, he will be tested like all other squad members before the team leaves for UAE,” the source said.

Nair, who has scored a triple hundred in Tests, last played for India in 2017. He has been a part of KXIP since 2018.

The 28-year-old will be playing alongside Karnataka teammates Mayank Agarwal and K L Rahul, who will captain the side for the first time.

The team will be based in Dubai and like the rest of the sides, all players and support staff will undergo a six-day quarantine upon arrival. They will also need to return three negative tests to enter the bio-bubble and start training.

On Tuesday, Rajasthan Royals announced their fielding coach Dishant Yagnik had tested for coronavirus and is quarantining in Udaipur, his hometown.

The IPL will be held across three venues — Dubai, Sharjah and Abu Dhabi — from September 19 to November 10.

Most cricketers suffered from shoulder and knee problems in 2019-20