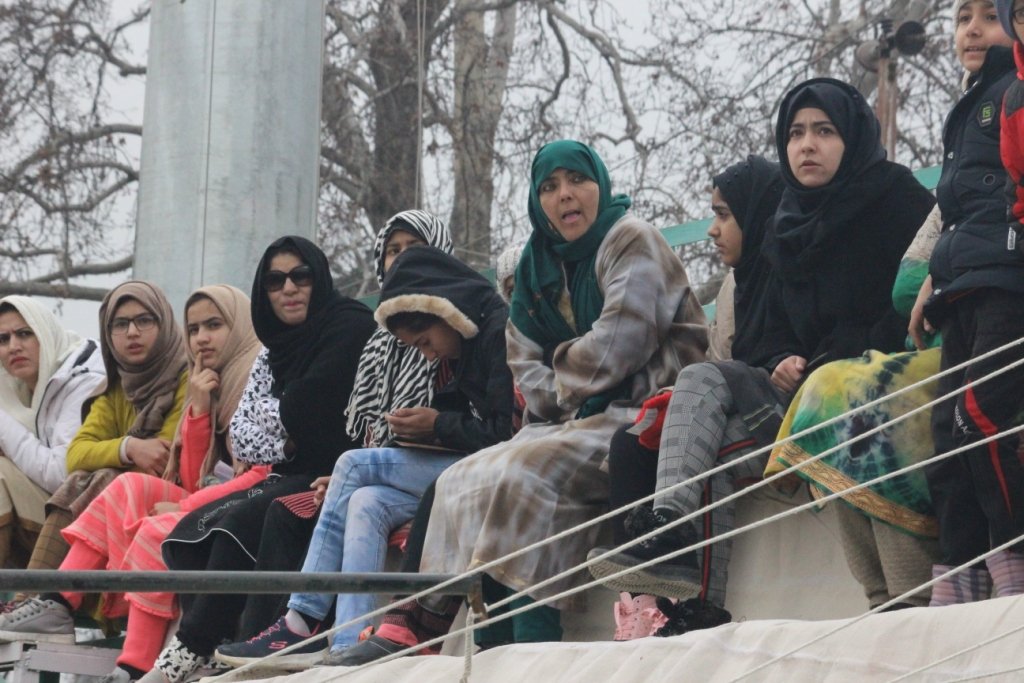 Srinagar Hearing about football in Kashmir is one thing, witnessing it is another. Because the atmosphere is not quite as any other ground.

The chill, for instance, is biting in January. Indian football is not generally associated with such cold.

Fan support is also noticeable, particularly women fans. It was a packed stadium on the first Sunday of the new year.

On a chilly Sunday morning around 11,500 Kashmiri spectators watched RKFC’S I-League match against Mohun Bagan with vehement fervour and enthusiasm.

The match started at 11.30 am, another unusual timing for an I-League match. 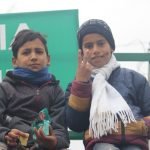 People queued up for entry into the stadium since 9 am and still some of them returned empty handed.

The ‘Snow Leopards’ have been successful in building up a fan base within a short span of time. 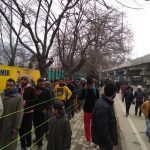 One such passionate fan is a 19-year-old female Kashmiri student, who told Sports Lounge on the condition of anonymity, “I follow each and every match of Real Kashmir, however today team lost the match, but I am looking forward to the upcoming matches especially against Punjab FC, as they did not come last time to Srinagar”.

Sandeep Chattoo, along with Shamim Mehra started the club following the destructive floods in 2014 and several locals opined Real Kashmir have the potential to bring joy to the people of Kashmir.

“Since from inception of Real Kasmir FC, we are following the team and many in my school are planning to join club and practicing hard for it”, said a 15–year-old school student Shadab Ali.

Ali is a keen football follower and has watched Chennai City FC versus Real Kashmir FC on December 26, where hosts defeated visitors 2-1.

After the abrogation of Article 370, Kashmiri players have struggled a lot.  Chattoo narrating the difficulties faced said, “We were in Kalyani stadium playing the Durand Cup, when we heard about abrogation of article 370.

“When the Kashmiri players were asked if they want something. And they said they would like to speak to their parents. So from my office, someone managed to go from one house the guy would go to another player’s house and it continued for many days.”

Coach David Robertson said, “It was tough to keep the players forced in the last five months due to various reasons and however we got bigger and better.”

RKFC’s journey has been a rollercoaster one. But they have battled all odds to become third in their I-League debut last season.

This time they are aiming to do even better.

“Credit to the players and coach David Robertson, who made RKFC from being underdogs to major contenders in just three years,” said RKFC player Danish Farooq.

Talking about the difficulties faced, local hero Muhammad Hammad said: “There was a lot of struggle but it was with it. As you can see football is in the air of Kashmir and club has made a global mark in terms of competitiveness.”

Being ray of light in the Valley, football unites Kashmiris and provide joy to the whole region.

I-League: Real Kashmir aim for return to form against Punjab