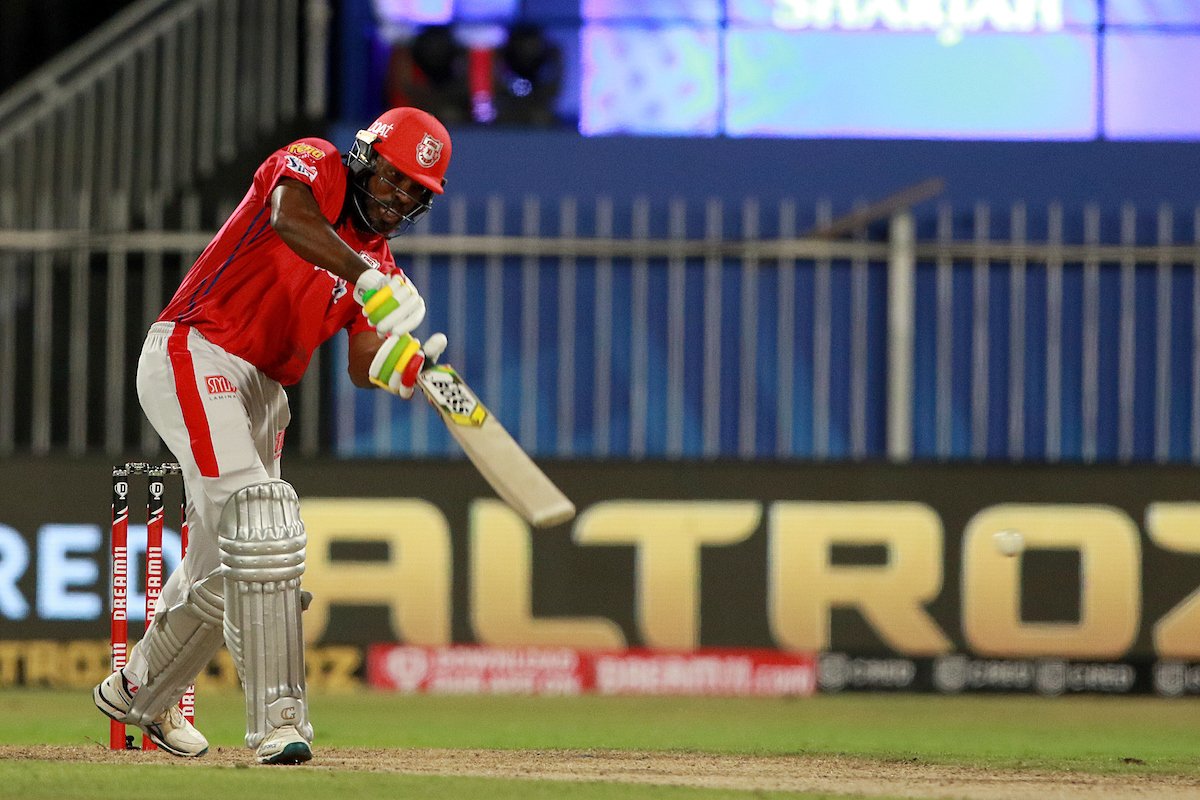 Playing his first match of this season after having missed the earlier seven games, Gayle hit five sixes in the 45-ball 53-run innings.

“Good to see @henrygayle back and scoring a wonderful 53. Wonder what @lionsdenkxip were thinking by leaving him out all this while,” tweeted Tendulkar.

As if to emphasise that, Gayle pointed to the sticker on the bat which had ‘The Boss’ written on it. The only problem with it was that it was upside down when Gayle pointed it to the camera.

When commentator and former India batsman Sunil Gavaskar mentioned this to him during the post-match chat, an embarrassed Gayle asked, “It was?!!!”

He then said, “You got the picture, right? All I was saying is just put some respect on the name. That’s all.”

Gayle has hit the most number of sixes not just in IPL, but in all of T20 cricket. He has hit 983 sixes in his T20 career, 298 more than his nearest rival and fellow West Indian Kieron Pollard who has 685 sixes against his name.

Gayle is also No. 8 in IPL’s all-time run-getters’ list with 4537 runs. No one in KXIP camp has these many runs.