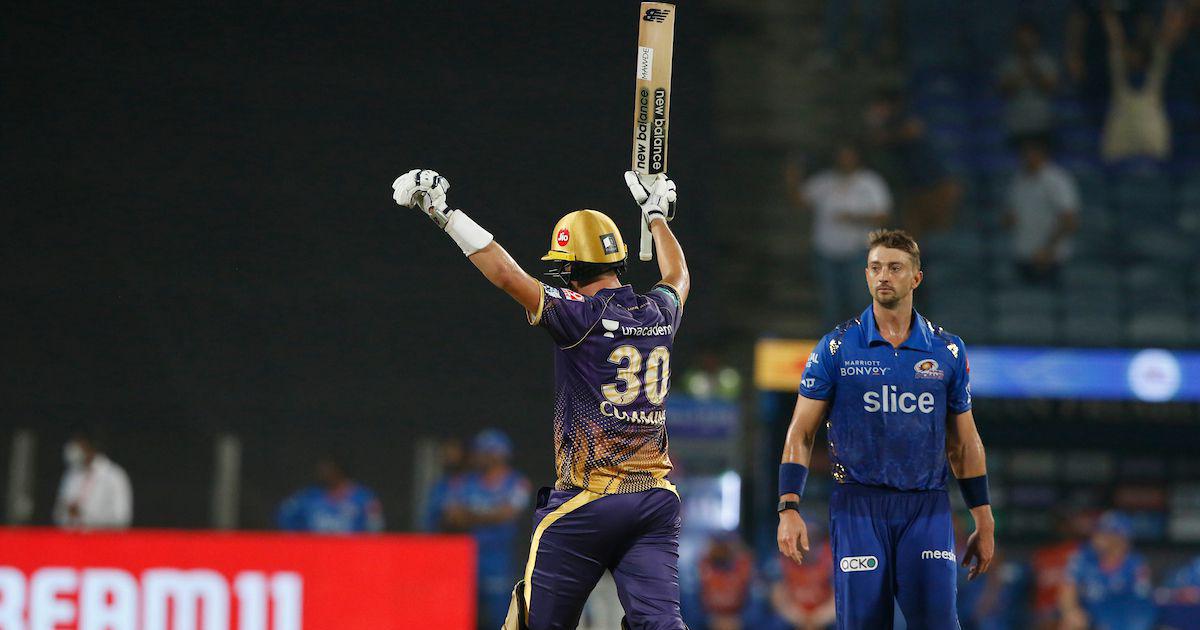 Chasing 162, KKR had a pathetic start as they lost an early wicket of opener Ajinkya Rahane in the fifth over. He got caught by Daniel Sams on Tymal Mills’ delivery, with only 16 runs on the board.

Opener Venkatesh Iyer was joined by skipper Shreyas Iyer, who also departed after getting caught by Tilak Varma on Daniel Sams’ delivery, with the team’s total at 35/2 in the sixth over. Sam Billings came to the crease with Venkatesh and provided a little momentum to KKR.

Billings then fell prey to Murugan Ashwin’s spell and departed after a brief stint of 17 runs off 12 balls, in the 10th over with KKR’s score at 67/3. Venkatesh, who was firmly standing on one end, was then joined by Nitish Rana.

KKR lost another wicket in the form of Nitish in the 12th over as he got dismissed by Murugan Ashwin for just 8 runs. Andre Russell also departed after scoring 11 runs, with the team’s total at 83/4 in the 14th over.

Russell’s dismissal led Pat Cummins to the crease, who then changed the entire face of the match. He thrashed the MI bowlers to every corner of the ground and played a knock of 56 runs off 15 balls to take KKR home with a five-wicket victory, in just 16 overs.

With this win, KKR registered their third win of IPL 2022. On the other hand, MI are yet to open their account on the points tally, as they suffered their fourth consecutive loss.

I probably think I’m most surprised by that innings, says Cummins after 15-ball 56