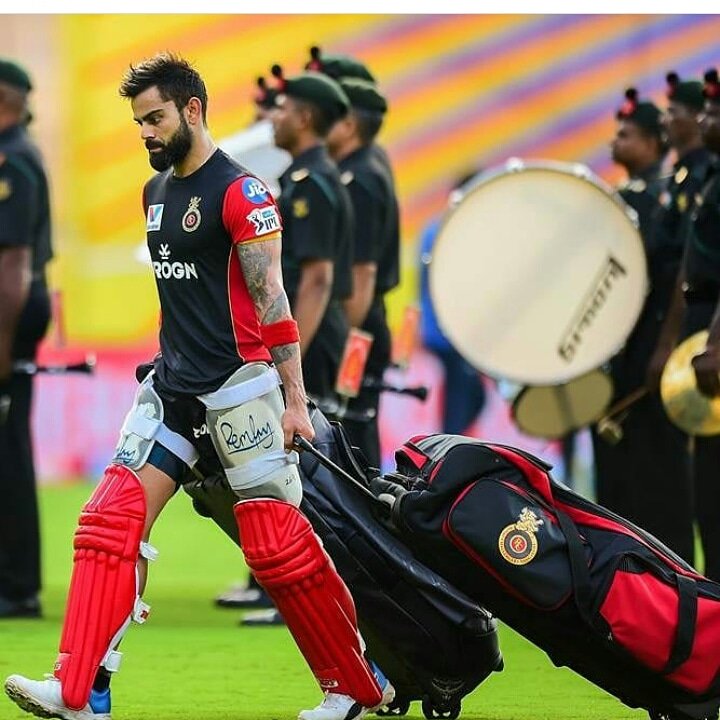 Bengaluru: A livid Virat Kohli on Thursday stormed into the match referee’s room and hurled abuses at him following Royal Challengers Bangalore’s (RCB) home defeat against Mumbai Indians (MI) in the Indian Premier League (IPL), which was marred by a glaring umpiring blooper that cost RCB dear, reports said.

According to a Times Now report, right after the presentation ceremony, a furious Kohli barged into match referee Manu Nayyar’s room and used abusive language to let his displeasure known.

As per the report, Kohli even told the match referee that he didn’t care if he was penalised for violating the code of conduct.

Needing 41 runs from 4 overs, RCB looked to be cruising against MI at the M. Chinnaswamy Stadium in Bengaluru before Jasprit Bumrah and Lasith Malinga tightened the screws on the home team and won the game for MI by 6 runs.

But the game will be remembered for umpire S. Ravi’s failure to spot a no-ball off the final delivery of the match. With RCB needing six runs from the last ball to tie the game, Lasith Malinga bowled a dot ball, but replays showed it should have been a no-ball as he overstepped.

RCB skipper Virat Kohli made his displeasure known at the end of the game, saying that the teams were not playing club cricket and the officials needed to be more careful.

During the presentation ceremony, Kohli said: “We are playing at the IPL level and not playing club cricket. The umpires should have had their eyes open. That is a ridiculous call (last ball). If it is a game of margins, I don’t know what is happening. They should have been more sharp and careful out there.”

MI skipper Rohit Sharma too backed Kohli and said that these mistakes shouldn’t happen as they were game changers.

“I just got to know when we crossed the rope. Somebody told me it was a no ball. These kind of mistakes are not good for the game of cricket, it’s pretty simple. In the over before that, Bumrah bowled a ball which wasn’t a wide. Those are game changers. There’s a TV up there, they have to watch what’s happening. It is as simple as that.

“Players can’t do much. The only thing they can do is walk off and shake hands because it was the last ball. It’s disappointing to see that. I hope they rectify their mistakes like we do when we make mistakes,” Sharma rued.