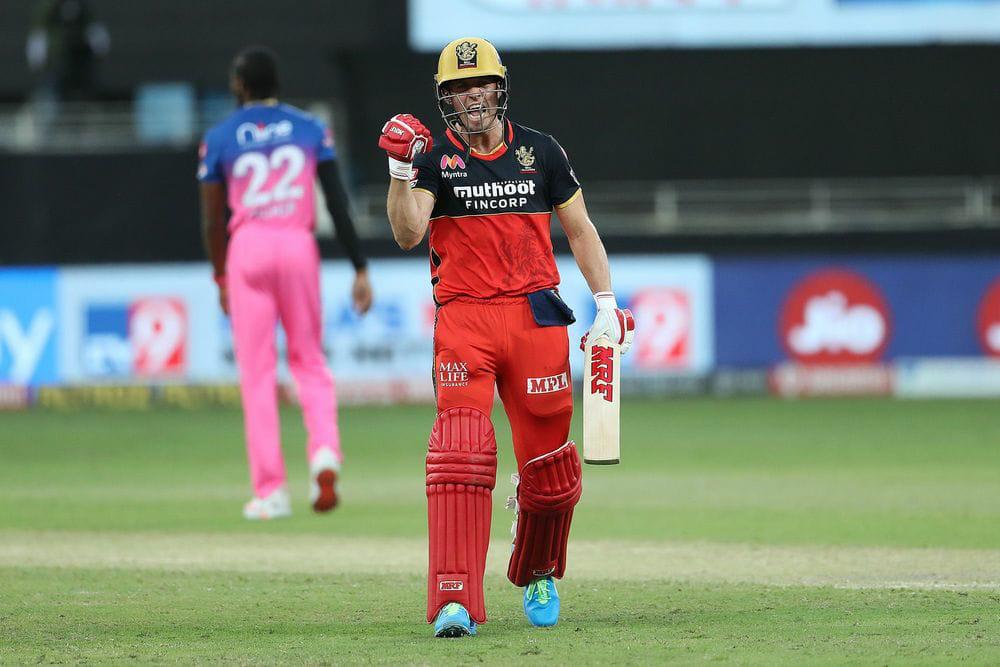 Dubai: It was an AB de Villiers show that took Royal Challengers Bangalore (RCB) over the line against Rajasthan Royals (RR) on Saturday at the Dubai International Stadium.

RCB were facing a climbing required rate while chasing a target of 178 until de Villiers turned it around for them in the last two overs.

He won the match with a six in the last over and finished unbeaten on 55 off 22 balls, after which RCB captain Virat Kohli said that the 36-year-old South African’s presence is the reason why teams never think they have won the game even when they go through half of the team’s batting lineup.

“AB is always been someone who’s been ready to look at the situation and adapt his game accordingly,” said Kohli in the post-match presentation ceremony.

“We have seen him do this time and again. In my eyes he’s the most impactful player in the IPL. When he goes, the opposition know they have a slim chance and there’s a good reason for that. It’s purely because of the presence of someone like him that teams feel we are never out of the game.”

Kohli also praised the bowlers, reckoning that the team has struck a good balance this season. “The bowling has really stepped up this season. Looks we’re gonna be put under pressure and there will be guys with skill with the bat in the opposition but the guys have come back strongly.

“Morris has been outstanding, just that energy he brings. Saini, Washy and Isuru as well, the bowling has come together nicely. This time around we have been able to strike a good balance,” he said.