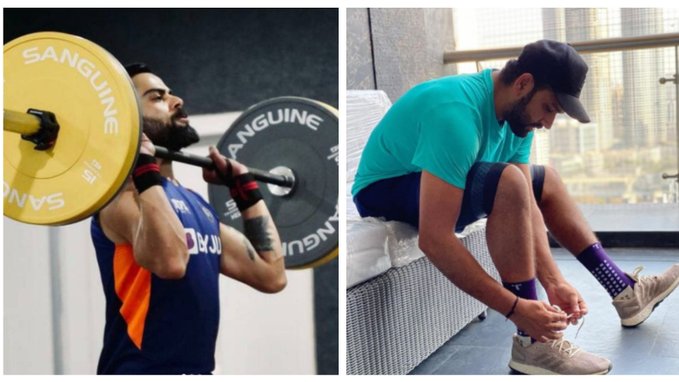 New Delhi: Team India’s Mumbai-based players including captain Virat Kohli are quarantining separately and will only join their teammates after completing a seven-day quarantine.

The kohli-led group entered the bio-bubble on Monday and won’t mingle with their teammates during the quarantine period before departing for the UK tour, as per reports.

Rest of the Indian players started their 14-day quarantine from May 19. Kohli and others have been provided with training equipment and have been asked to workout within their rooms.

“Kohli and the rest of the members who entered the bubble on Monday will not straightaway mix with those who are already in the bubble. They will do a 7-day quarantine and then join the group before leaving for England. Till then, they will have all the necessary facilities in their rooms only,” news agency ANI quoted an unnamed source as saying.

“Arrangements have been made so that they can train in the room. Cycles, dumbbells, bars have all been arranged for in the rooms so that they doesn’t need to walk out and can stay in shape,” the source added.

ANI further reported that the players will undergo tests every day as the cricket board isn’t willing to take any chance. Arrangements are in place for the cricketers to take their second dose of the vaccine against coronavirus in UK.

“The team has already taken the first dose here after the government opened the vaccination process for all above 18. The second dose will be administered by the UK health department once the players are eligible to get the second jab as per rule,” BCCI sources revealed.

After reaching UK, the India cricketers will undergo further 10-day quarantine before starting their preparations for the ICC World Test Championship final that is slated to get underway from June 18 in Southampton.