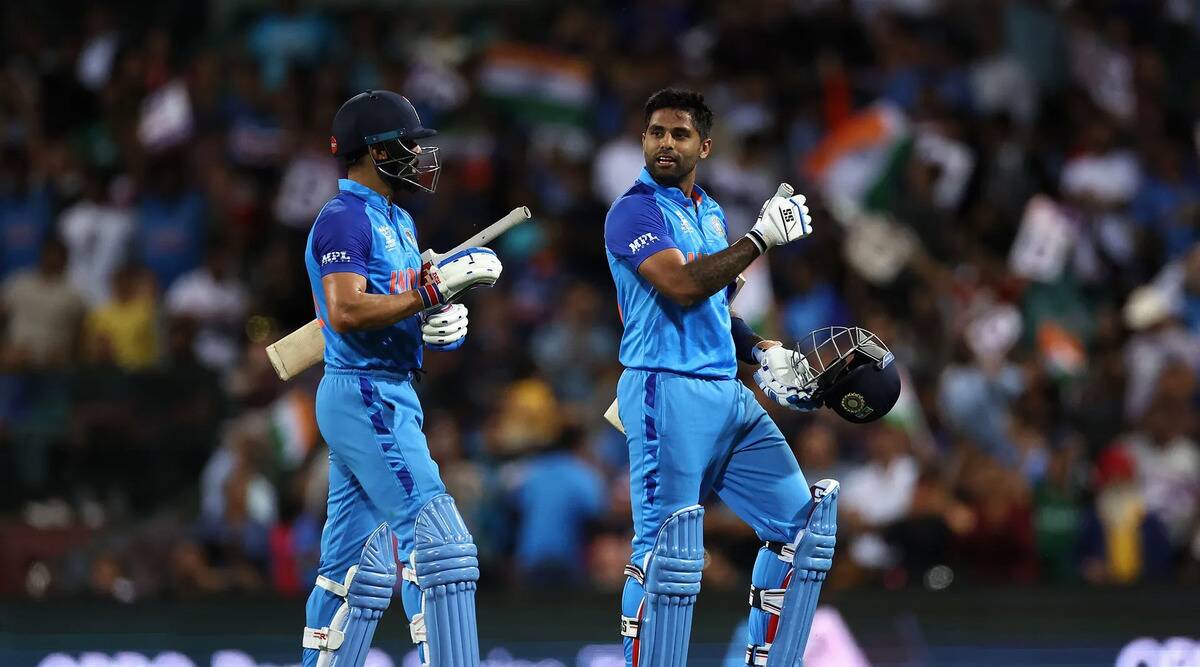 The ICC also announced the Women’s Team of 2022 with four Indians in the lineup — Smriti Mandhana, Deepti Sharma, Richa Ghosh and Renuka Singh.

Kohli returned to his vintage form in 2022 and took the Asia Cup by storm, finishing as the second-highest run-getter with 276 runs in five games.

He also brought an end to his century drought of close to three years with a magnificent century against Afghanistan.

Kohli played one of the greatest T20I innings of 82 not out in India’s heist against Pakistan in the World Cup opener in Melbourne.

Kohli ended the tournament with three more fifties and finished as the highest run-scorer with 296 runs. Surya became the only second batter to score more than 1000 runs in a calendar year.

He ended as the top-run getter (1164 runs) with two hundreds and nine half-centuries while striking at a stunning 187.43.

On the back of leading Gujarat Titans to their IPL title in their maiden appearance, Hardik came into his own as the all-rounder. He enjoyed his best year by numbers in the Indian colours, scoring 607 runs while also picking up 20 wickets.

The 11-member side is led by World Cup-winning England skipper Jos Buttler and has runners-up Pakistan’s Mohammed Rizwan as the opener, and Haris Rauf as one of the two pace spearheads.

India’s batting superstar Smriti Mandhana finished the year as the fourth highest run-scorer with 594 runs at an average of 33.00 and a strike-rate of 133.48. She also made two half-centuries and played a key role in India winning a historic silver at the Commonwealth Games.

Off-spin all-rounder Deepti had a standout year and was the Player of the Tournament in India’s Asia Cup triumph. She finished the year with 29 wickets, the joint third highest. She also made 370 runs averaging 37 with a strike-rate of 136.02.

Richa was named the wicketkeeper-batter following a stupendous year that saw her accumulate 259 runs in 18 matches.

With 22 T20I wickets at an average of 23.95 and an economy rate of 6.50, Renuka had a standout year and was one of the nominees for the ICC Women’s Emerging Cricketer of the Year.

First priority is to get 100 percent fit: Jadeja