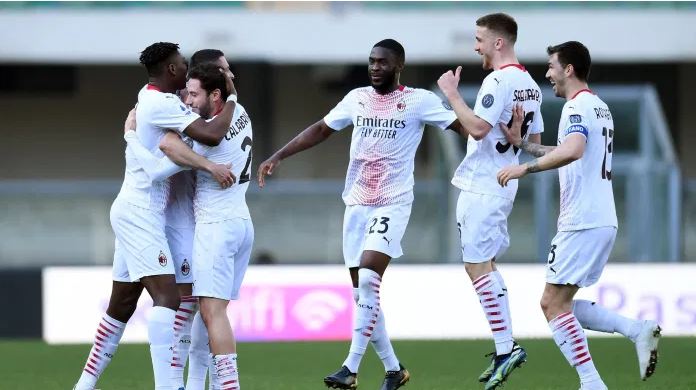 Rome: A pair of stunners from Rade Krunic and Diogo Dalot helped AC Milan cement second place in the Serie A table, as the Rossoneri won 2-0 away to Hellas Verona.

An injury crisis was taking its toll on Milan, as coach Stefano Pioli had to do without Zlatan Ibrahimovic, Mario Mandzukic, Hakan Calhanoglu, Ante Rebic and Ismael Bennacer. Rafael Leao continued his makeshift center-forward role, while Rade Krunic started as a trequartista.

The home side was close to breaking the deadlock on Sunday in the ninth minute as Fikayo Tomori’s howler allowed Kevin Lasagna to loop the ball over an on-rushing Gianluigi Donnarumma, but Alessio Romagnoli made an decisive clearance, while at the other end Leao saw his header fly over the bar, Xinhua news agency reports.

The Diavolo broke the deadlock in the 25th minute as Krunic scored his maiden Serie A goal for Milan in spectacular fashion, as he won a promising free-kick and curled it into the top corner.

Krunic showcased his form minutes later as his through-ball found Leao, but the Portuguese’s ferocious strike skimmed the post.

Milan doubled the lead right after the interval with a well-worked goal as Alexis Saelemaekers squared for Dalot from the left, whose dummy allowed him to cut inside and drill home his first league goal since breaking into the senior team.

Verona had some chances after being 2-0 down, but was unable to turn the game around.

Roma registered its second consecutive win as it beat Genoa 1-0 thanks to Gianluca Mancini’s header.