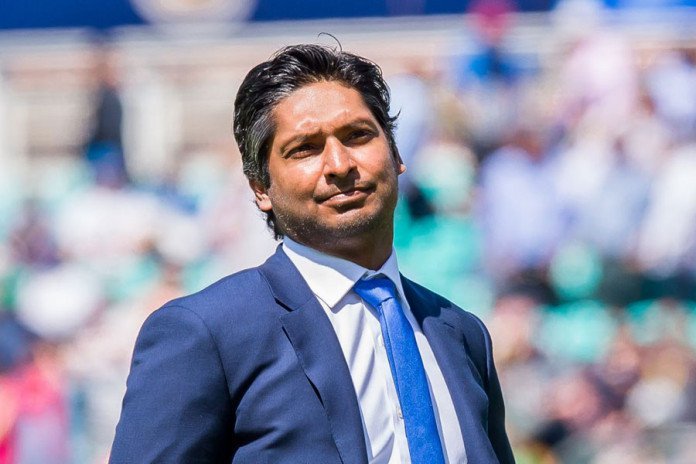 The former Sri Lankan wicketkeeper-batsman is the first non-British President of MCC and will hold the post for one year.

His nomination was announced by the outgoing President, Anthony Wreford, at the MCC Annual General Meeting at Lord’s in May.

“I am thrilled to hold the prestigious position of MCC President and I look forward to working hard with the MCC to build on this incredible year of cricket,” Sangakkara said in a statement.

“We have an opportunity to convert more supporters to the game we love and educate them about the fantastic work MCC does locally, nationally and globally for cricket and those communities,” he added.

Sangakkara’s tenure as MCC President will encompass two England Tests against West Indies and Pakistan, ODI against Australia and the launch of The Hundred competition.

Outgoing MCC President Wreford said: “There is no better person than Kumar (Sangakkara) to take on the role of MCC President. He strongly believes in the power of cricket to engage communities and he will be a pivotal ambassador for the important work that MCC does.”

“Kumar will be able to make a continued impact not only at Lord’s, but on the Club’s global status. His worldwide appeal as MCC’s first non-British President, will enable him to have a positive effect in this area. I leave the role in very safe hands,” he added.

The 41-year-old Sangakkara, who scored 12,400 runs in 134 Tests, has a long association with MCC. He played against the Club in 2002, opening the batting for the touring Sri Lankans in a first-class match at Queen’s Park, Chesterfield.

He also played for MCC against an International XI at Lord’s in the 2005 Tsunami Relief Match.

He delivered a powerful and memorable MCC Spirit of Cricket Cowdrey Lecture in 2011. In 2012, he was awarded Honorary Life Membership of the Club. In the same year, he joined MCC’s World Cricket committee and remains an active member.

“We are delighted that Kumar is taking up his position today and it is with great thanks to Anthony Wreford for choosing our first international President,” MCC Chief Executive and Secretary, Guy Lavender said.

Saha to replace Pant as keeper in 1st Test, focus on opener Rohit vs South Africa