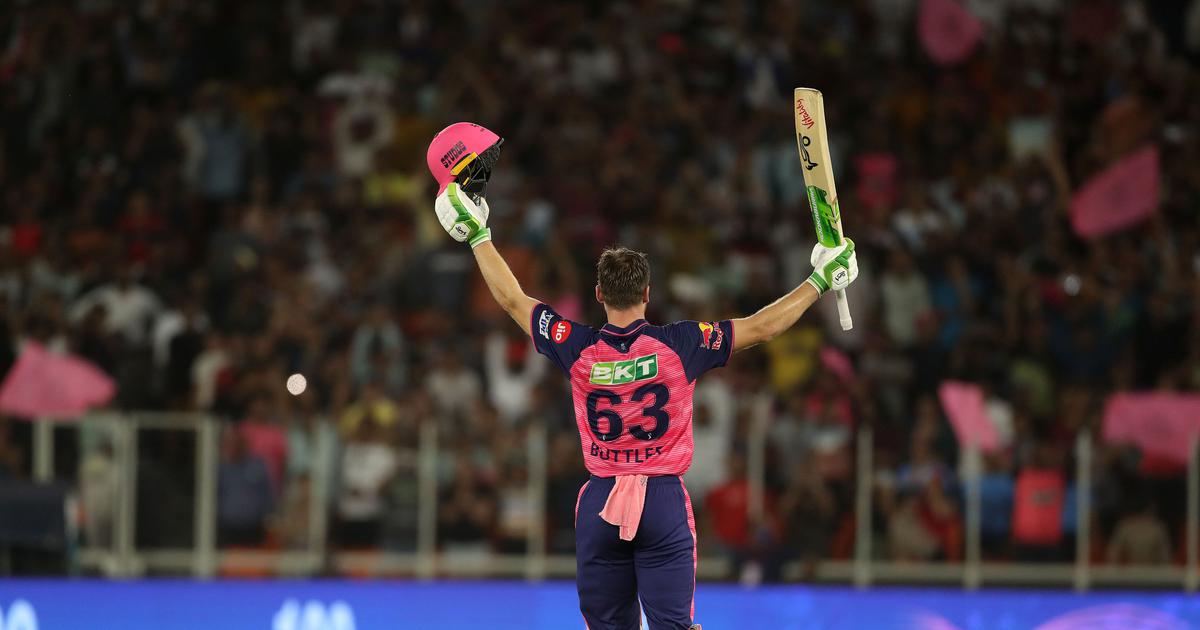 As Rajasthan Royals beat Royal Challengers Bangalore by seven wickets on Friday to reach their first Indian Premier League final since 2008 and earn a shot at a second title, the team’s director of cricket Kumar Sangakkara heaped praise on Jos Buttler who brought up his fourth century of the season.

Sangakkara stated he had never seen anyone bat with such authority in the history of the IPL as Buttler, who is the tournament’s highest run-scorer with 824 runs from 16 games, including four centuries and as many fifties.

“It’s hard to describe what he (Buttler) has done for us this season in terms of T20 batting. He started off well, he had a little bit of a flutter at one point in the tournament but then he just calmed himself down, had a lot of good conversations rather than just training,” he said at the post-match press conference.

“He accepted that he is mortal, he is a human and can’t be at that high level of excellence every single day. He can accelerate at any point, he has got all the strokes. He understands the game really well. I can’t remember anyone batting this well in the history of the IPL.”

I am trying to hold one end up and let bowler from other end attack: Rashid Khan