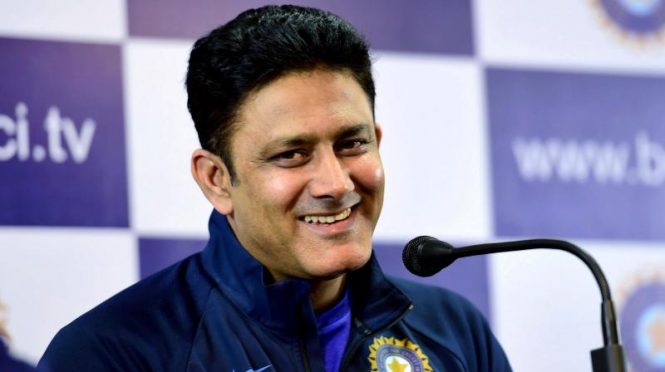 New Delhi: Kings XI Punjab’s landslide win over the Royal Challengers Bangalore (RCB) on Thursday had the Kumble imprint all over it. A former world-class leg-spinner, Anil Kumble, the head coach, picked two leggies in the XI — Murugan Ashwin and Ravi Bishnoi – and they did not disappoint as they equally shared six of the 10 RCB wickets to fall.

Ashwin bagged 2/13 in three overs and Bisnoi 3/23 in four overs as the RCB, seeking their first IPL title, capitulated and collapsed for 109 in 17 overs while chasing 206. For that matter, K.L. Rahul’s KXIP are also in search of their maiden IPL crown.

The choice of two leg-spinner is believed to be the brainchild of Kumble. This decision came after the reverse KXIP suffered against Delhi Capitals in their opening game that went into the Super Over decider after the scores were tied. In that game, the second spinner in the XI was an off-spinner, Krishnappa Gowtham, who conceded 39 runs in four overs and failed to take a wicket.

It’s a myth that leg-spinners are not fit to T20 cricket. Amit Mishra, for example, has bagged three hat-tricks in the IPL and has been a pretty successful bowler for the Delhi (97 wickets in 92 matches), Deccan Chargers (32 in 28), and SunRisers Hyderabad (28 in 27).

Interestingly, Kumble and captain Rahul come from the same city, Bangalore, speak the same mother tongue, Kannada, and this familiarity and bonding has clearly helped the team. Actually, the members of the Punjab team speak four languages for communication – English, Hindi, Kannada, and Punjabi – and that could have also contributed its bit.