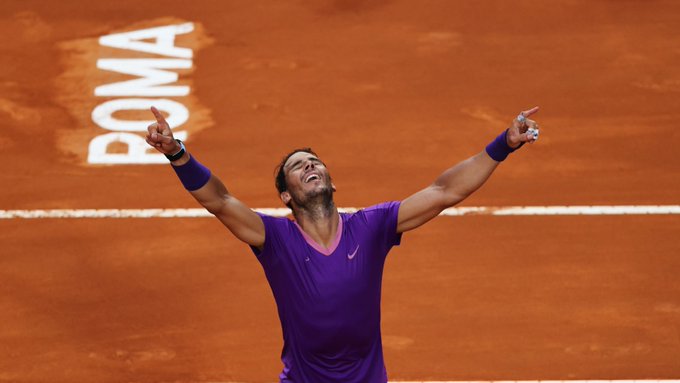 The Spaniard recovered from a potentially dangerous fall after tripping over a raised line to take the latest installment of the most-played rivalry in modern men’s tennis.

It also re-established Nadal as the overwhelming favourite for the French Open, where he will be aiming for an even harder-to-believe 14th title starting in two weeks. Nadal beat Djokovic in straight sets in last year’s Roland Garros final.

The top-ranked Djokovic spent nearly five hours on court Saturday, when he had to rally for a rain-delayed quarterfinal victory over Stefanos Tsitsipas before winning another three-setter over local favourite Lorenzo Sonego in the semi-finals. Nadal played only once on Saturday, beating Reilly Opelka in 1. 5 hours.