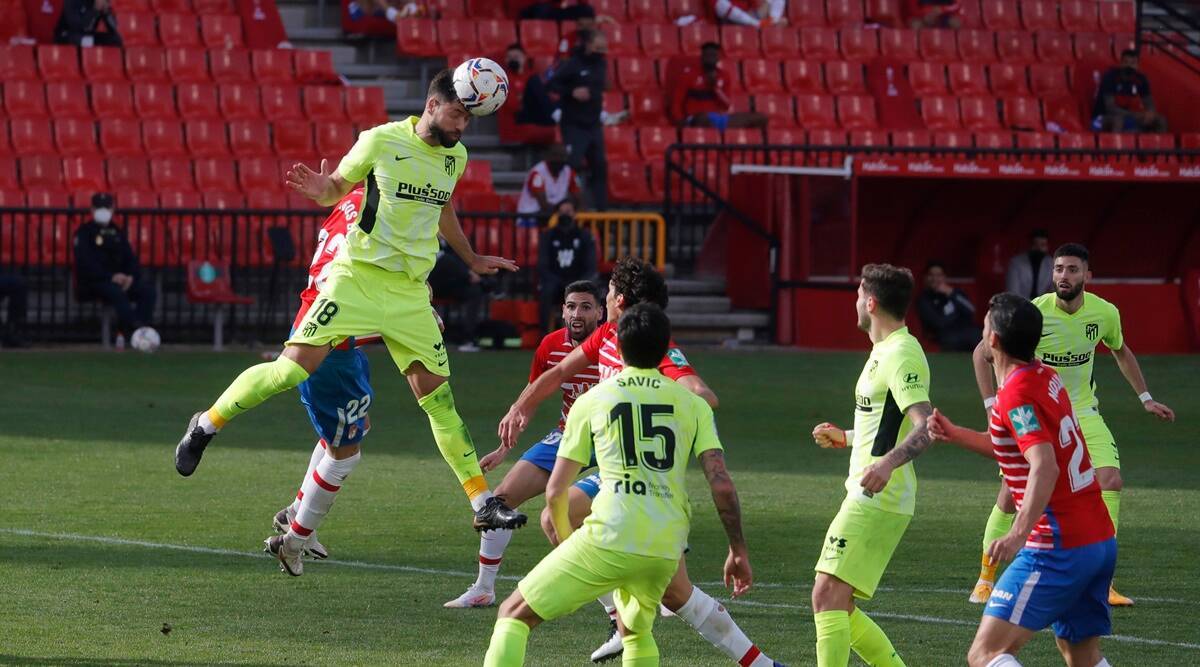 New Delhi: Marcos Llorente and Angel Correa got Spanish league leader Atletico Madrid back on the winning path, providing the goals in a 2-1 victory at Granada on Saturday.

The three points came after Atletico had stumbled in its march toward its first league title since 2014 when its eight-round winning streak was ended by a 2-2 draw against Celta Vigo. The hard-fought win at Granada increased its lead over titleholder Real Madrid to eight points with an extra game to play as well.

Granada stymied the visitors’ attack until Llorente struck in the 63rd minute from the edge of the area for his eighth goal in all competitions this season.

Yangel Herrera equalized three minutes later after Atletico’s only defensive letdown when it failed to clear a corner kick.

But Correa put the front-runners back on top for good in the 75th with a shot that took a deflection off defender Jesus Vallejo before the ball looped over goalkeeper Rui Silva and fell into the far corner of the net.

“Coming off a draw, we were extra motivated to get this win,” Correa said. “We knew that we had to remained focused because we were creating chances and it was only a question of when the goals would come.”

Luis Suarez, who leads the league with 16 goals, had Atletico’s best chances before Llorente’s opener. The former Barcelona striker volleyed a pass by Correa off the crossbar just after halftime.

Atletico has only lost once in 21 league games this season.

Granada stayed in eighth place after its third league loss at home this campaign.

Premier League: How slumping Liverpool collapsed to 3-1 loss at Leicester