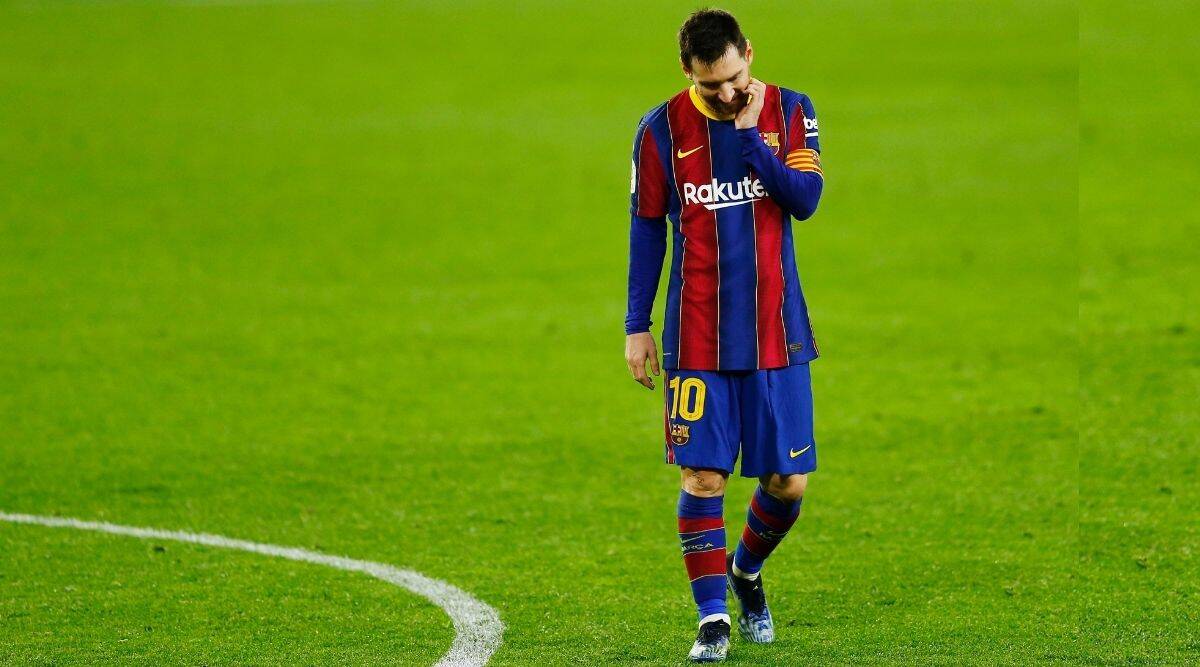 Barcelona: FC Barcelona missed the chance to go top of La Liga with just five games left when they were stunned 2-1 by Granada at Camp Nou.

Although Barca controlled most of the ball and had the majority of the chances, two defensive lapses allowed Darwin Machis and Jorge Molina to overturn Leo Messi’s opener for the home side, who remain third in the table, two points behind Atletico Madrid.

With a difficult visit to Valencia on Sunday, Barcelona coach Ronald Koeman made three changes to his starting 11 with Samuel Umtiti, Ilaix Moriba, and Sergi Roberto in for Clement Lenglet, Pedri, and Sergino Dest.

As expected, Barca controlled the ball, but they could not test Aaron in the Granada goal until the 20th minute.

Three minutes later, Antoine Griezmann, who is in his best form of the season, set up Leo Messi to put Barca ahead. It was the French forward’s seventh assist of the season.

Griezmann and Messi combined again shortly afterward only for Messi to drag his shot wide and with Barca in the ascendency. Aaron did magnificently to deny Messi when he was able to deflect the ball just wide after a pass from Sergio Busquets.

The second half began with Griezmann shooting just wide from the edge of the Granada penalty area before Sergi Roberto fired just over the bar after a flowing move involving Messi and Frenkie de Jong.

The home side looked to be in complete control as they stroked the ball around, but they were caught flat-footed in the 63rd minute when Oscar Mingueza failed to cut out a through ball allowing Darwin Machis to race forward and beat Marc Andre Ter Stegen and level the scores.

Koeman was sent off for his protests, but TV replays showed there was no offside in the move and although his side again took control after Ousmane Dembele and Pedri came into the game, Jorge Molina again made Barca pay for more poor defending when he nodded home Granada’s second goal in the 80th minute completely unmarked from five meters out.