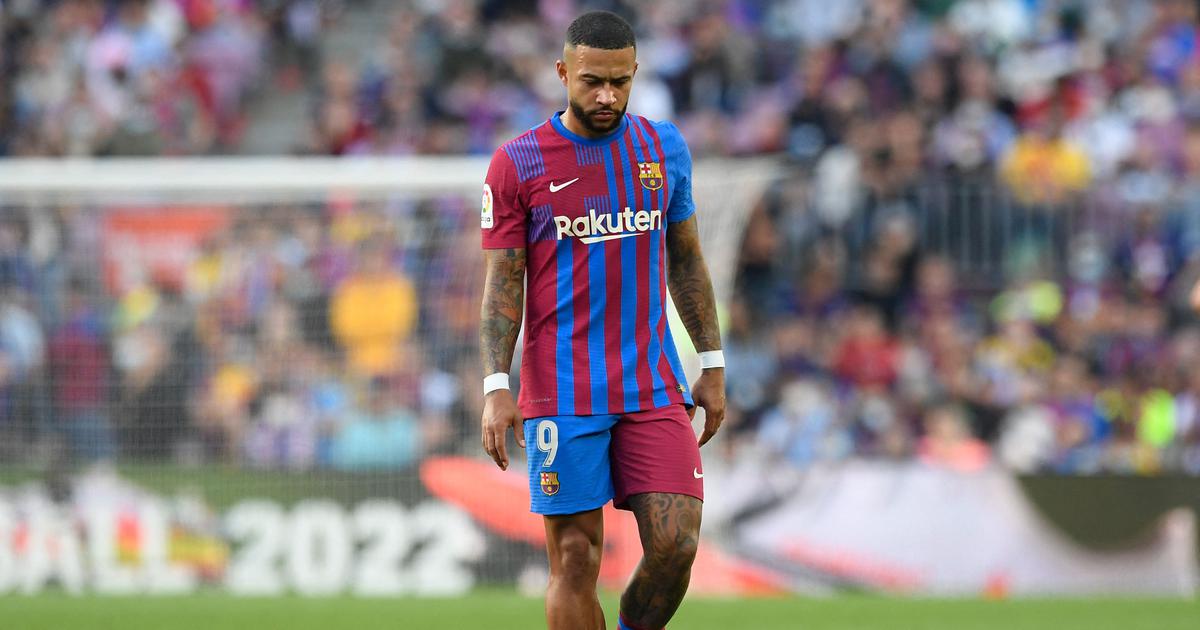 The biggest worry perhaps for Barcelona at the end of another Clasico defeat at Camp Nou on Sunday was that Real Madrid hardly even celebrated.

This was a victory that sent Madrid five points clear of their opponents, a healthy gap even at this early stage of a La Liga season that has 29 games to go.

It was Madrid’s fourth consecutive Clasico victory, the first time that has happened in 56 years, and it left Barca sitting eighth at full-time, ninth by the end of the weekend.

There were things to admire in Barcelona’s performance. They had more of the ball, more shots and might have managed a draw if Sergino Dest had shown a cooler head in front of goal.

They could certainly not be faulted for effort or ambition, with a team that had four players aged 20 or younger, including Gavi, who at 17 was Barca’s youngest starter in this fixture for 80 years.

Barca fought hard and, within their own limitations, they played well.

“We continued to dominate the ball but it was difficult for us to create clear chances,” said Sergio Busquets.

“They scored that goal in the first half and made it count. It was a pity, because we tried but it wasn’t to be.”

Real Madrid though were the better team, not more dominant perhaps, but more threatening, more solid and more diligent in following a clearer plan.

They counter-attacked at speed and created more chances. If Sergio Aguero had not scored in the 97th minute, a 2-0 away win would have been a fair reflection.

Just as Atletico Madrid strolled to a 2-0 victory at the Wanda Metropolitano before the international break, for one of their most comfortable wins over Barcelona in years.

“We played a great team, we have suffered but we were able to cope,” said Real Madrid coach Carlo Ancelotti.

A pattern has developed that when Barca face an elite opponent, they are found wanting.

Since Koeman took over, his team have played six games against Atletico Madrid and Real Madrid and have lost five and drawn one of them.

This season, they have been thrashed 3-0 by both Bayern Munich and Benfica.

Since beating Real Sociedad on the opening day of the season, Barcelona’s four wins have come against Getafe, Levante, Valencia and Dynamo Kiev, all at home.

The concern is these results are an indicator of Barcelona’s level now, that key departures in the summer and mediocre replacements have led to a drop in quality that could leave them fighting to make La Liga’s top four, let alone challenge for the title.

As it stands, Real Madrid, Atletico Madrid, Real Sociedad and Sevilla all look stronger than Barcelona.

“We do not have players of the quality and punch that we had before,” said Barcelona’s technical secretary Ramon Planes.

“This is a team that is rebuilding.”

But while rebuilding they cannot afford to drift too far.

The financial consequences of failing to qualify for the Champions League would be so enormous that Koeman is unlikely to survive the scenario becoming a realistic possibility.

It should not come to that.

Barcelona have Rayo Vallecano, Alaves, Celta Vigo and Espanyol next in La Liga, when victories should push them back among the frontrunners.

History suggests Real Sociedad will probably not last the pace.

Barcelona still have good players too, even if Frenkie de Jong is now injured and performing well below his level and Ansu Fati is regaining fitness, as long as a knock to his knee does not prove serious.

The return of Aguero, Ousmane Dembele and Pedri should make a considerable difference to the attack.

“The championship is very long, we have to keep improving,” said Koeman.

Yet Barca cannot be complacent.

Two opening defeats in the Champions League have left them playing catch-up in Group B and now in La Liga, they are three points behind fourth and six off the top.

“A small gap is opening but I think we are growing little by little,” said Busquets.

“We have to keep going.”