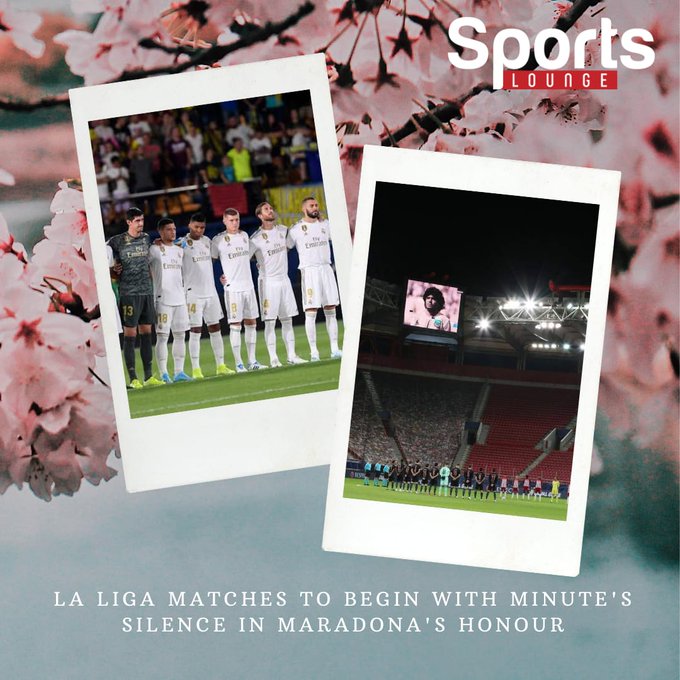 Madrid: All La Liga matches this weekend will start with a minute’s silence in honour of Argentine football great Diego Maradona, who passed away on Wednesday.

“LaLiga will hold a minute’s silence before all matches played in LaLiga this weekend in honour of Diego Armando Maradona, thus transmitting its condolences and those of its clubs to his family, friends and all those football fans around the world saddened by his passing,” said the league in a statement.

Maradona has played in the Spanish league in two stints either side of his sojourn at Napoli. He spent two seasons at Barcelona from 1982 to 1984 and while he rarely looked back at his tenure with the Catalan giants, he was applauded by Real Madrid fans at the Santiago Bernabeu for his performance in an El Clasico.

He then returned to Spain to spend a season at Sevilla in 1992/93. Fans would arrive at the stadium early just to watch his famous warm-ups. Maradona also made an impact on the young players in that squad, such as Diego Simeone or current Sevilla Sporting Director Monchi.

“He helped me in a spectacular way at Sevilla,” Simeone remembered.

Monchi, meanwhile, has often told a story that sums up Maradona’s generosity: “I was walking with Maradona one day and he saw that I had a Rolex, which I admitted to him was a fake one. Then, after training one day, he told me to wait behind and gifted me a Cartier so that I’d never have to wear a fake watch again.”