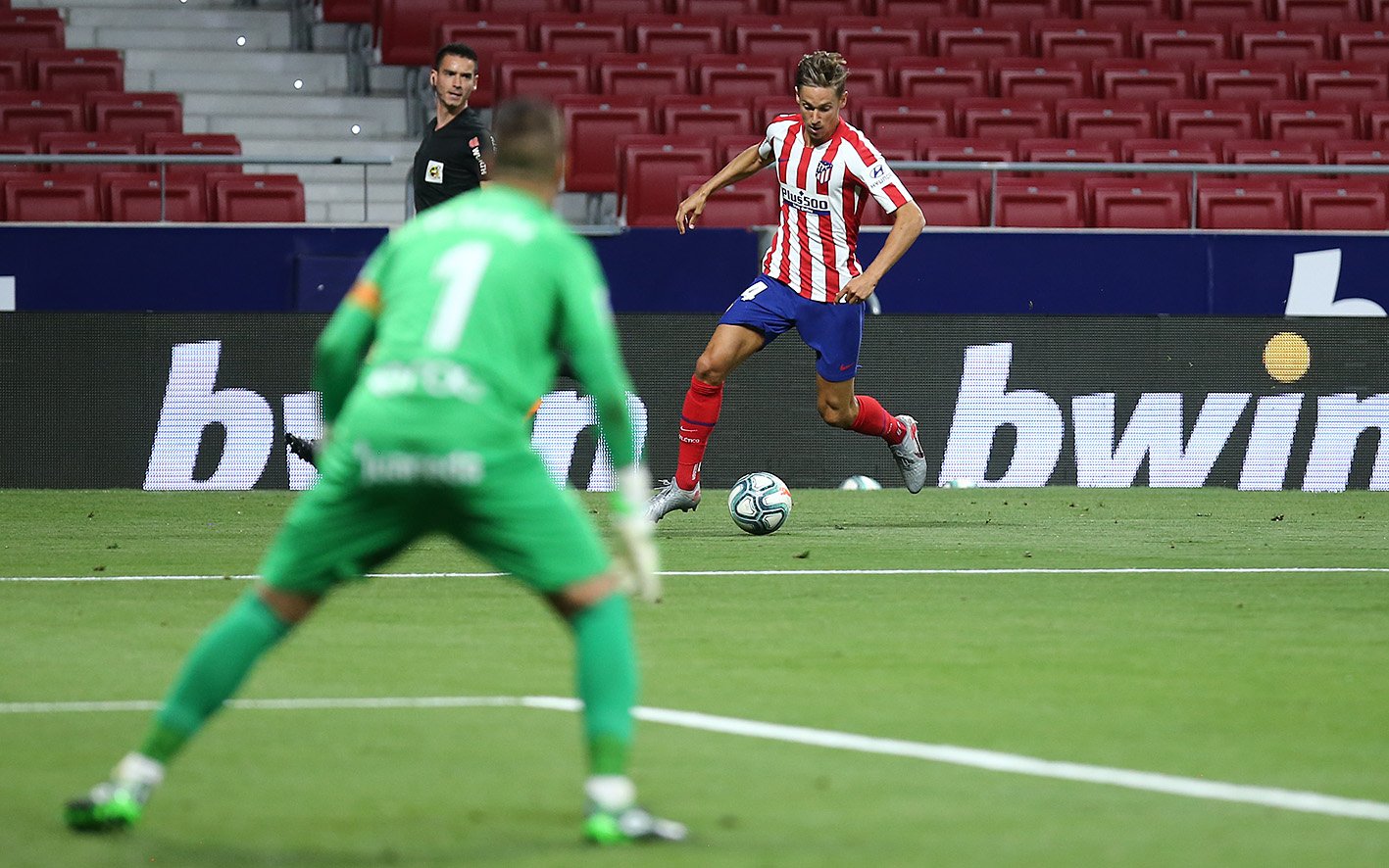 Barcelona: lvaro Morata scored twice to lead Atletico Madrid to a 3-0 win over Mallorca and extend its strong finish to the Spanish league.

Diego Simeone’s team has long been out of the title race being disputed by leader Real Madrid and second-placed Barcelona, which they trail by eight points.

But Atletico is one of the hottest teams as La Liga ticks down before it shifts focus to the Champions League final eight to be played in Portugal next month.

In March when the league was halted, Atletico was struggling to secure a Champions League berth for next season. It is now well on course to finishing third.

Atletico has remained undefeated in seven matches since the Spanish league resumed following a three-month stoppage for the COVID-19 pandemic.

Simeone’s side dominated the relegation-threatened Mallorca from kickoff.

Morata earned a penalty when he was pulled down by Aleksandar Sedlar in the area.

Goalkeeper Manuel Reina blocked his strike, but a video review helped the referee order a redo of the spot kick after Sedlar entered the area too early.

Morata stepped back up and on a second try rifled the ball into the top corner in the 29th minute.

“Missing and then getting back up and trying again is part of football,” Morata said about the penalty.

The former Chelsea and Real Madrid striker was back on the scoreboard in first-half injury time when Jorge “Koke” Resurrecci n stole the ball and played Marcos Llorente clear to reach the end line, where he found Morata at the far post to tap home.

The goals were Morata’s 10th and 11th of the season in league play.

Mallorca could not muster a comeback and Renan Lodi hit the crossbar for Atl tico before Koke scored in the 79th. His shot deflected off a defender to give Reina no chance to save.

COVID-19: No fees for players registration in Delhi football