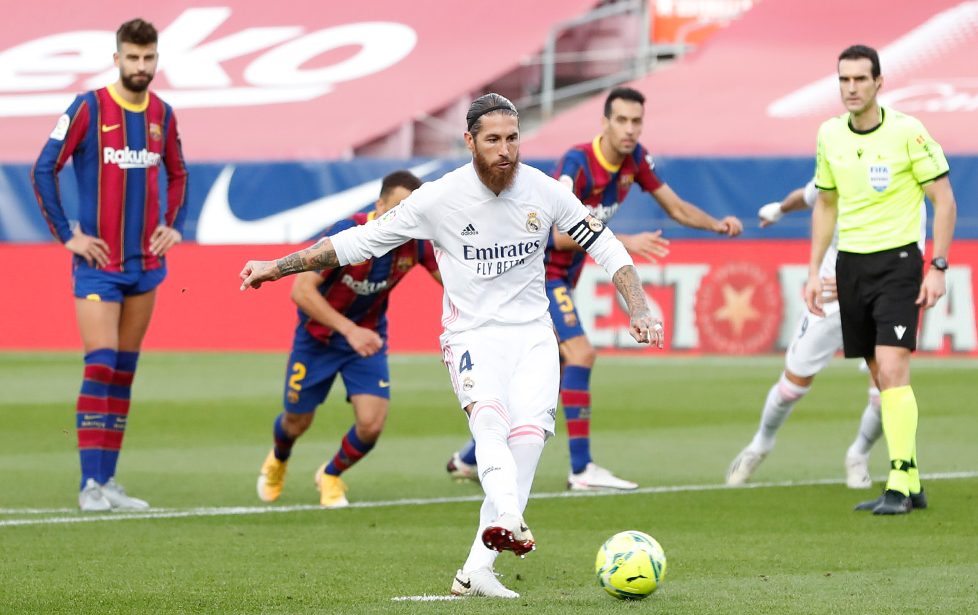 Barcelona: Sergio Ramos scored a crucial goal in Real Madrid’s 3-1 win at Barcelona after a video review awarded him a penalty in the Spanish league on Saturday.

Ramos restored Madrid’s advantage in the 63rd from the spot after a brush with Barcelona’s Clement Lenglet in the area.

After consulting the video screen on the touch line, referee Juan Martínez ruled that Lenglet had impeded Ramos from contesting a high ball by grabbing his shirt.

Federico Valverde opened the scoring for Madrid in the fifth minute when he fired in a pass from Karim Benzema.

Barcelona was taking the match to Madrid’s area when Ramos was sent to the spot by the VAR review.

Luka Modric capped the win for Madrid in the 90th with Barcelona searching for an equalizer.

Madrid leads the league with 13 points. Barcelona has 7 with a game in hand.

It was the first “clásico” match played without fans since the Spanish league closed all stadiums to the public after since the start of the coronavirus pandemic.