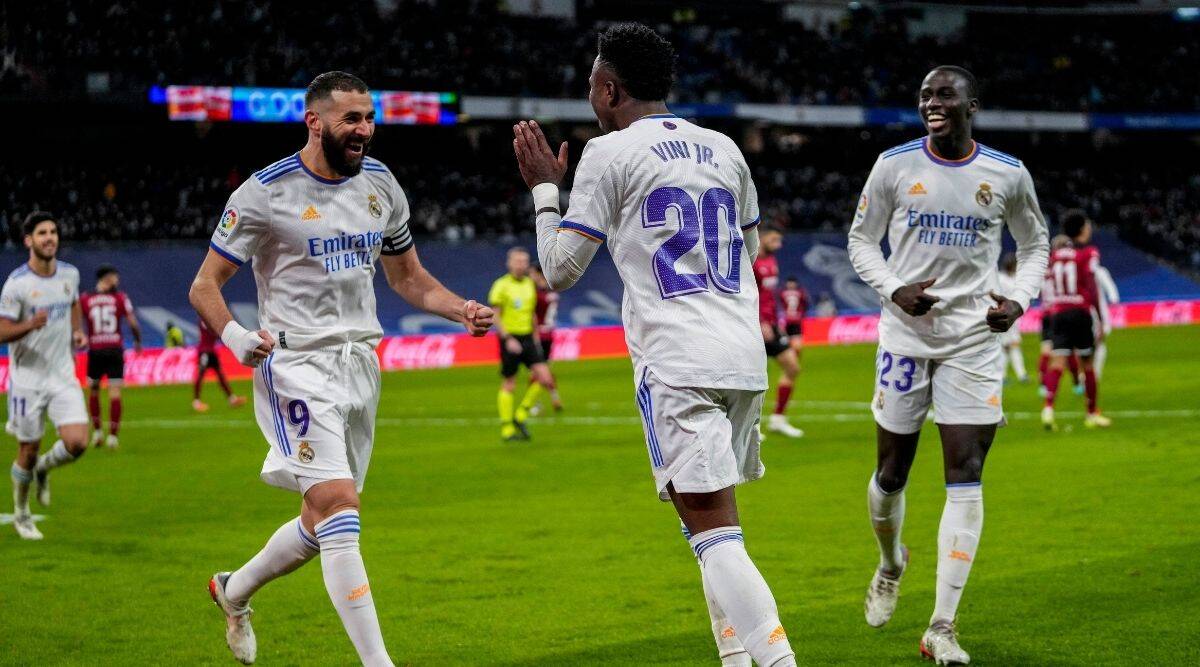 New Delhi: Real Madrid’s regular starters were held by Real Betis to 0-0 in the team’s last match before the Champions League final.

Madrid began with the team that is expected to face Liverpool on May 28 in Paris, where it will try to win a record-extending 14th European title.

Madrid won the Spanish league weeks ago and coach Carlo Ancelotti had been rotating the squad, but he put his best on the field against Betis to fine-tune them ahead of the trip to France next week.

At halftime, Ancelotti replaced Casemiro with Eduardo Camavinga and Toni Kroos with Federico Valverde. Later in the second half he rested Luka Modric, Rodrygo and Ferland Mendy.

Veteran left back Marcelo came in for Mendy in what may have been his final match with Madrid, although Ancelotti said no decision on the player’s future had been made yet. The Brazilian received a huge ovation from the fans when entering the match and after the final whistle at Santiago Bernabéu Stadium.

“He will still be one of our captains in Paris,” Ancelotti said. “If in the end he leaves, he will leave as one of the best full backs in the world.”

Karim Benzema came closest to scoring for Madrid but ended his campaign with a league-leading 27 goals, 10 more than any other player.

Since clinching its record-extending 35th league title, Madrid eliminated Manchester City in the semifinals of the Champions League before routing Levante 6-0 and drawing at Cádiz 1-1.

The draw left Madrid 13 points ahead of second-placed Barcelona, which closes its season against seventh-placed Villarreal on Sunday.

Betis secured fifth place with the draw, its best league finish since 2005. Manuel Pellegrini’s team had already earned a spot in the second-tier Europa League by winning the Copa del Rey in a final against Valencia last month.

Before the match, both teams did a guard of honor, with players lining up to salute the opponents for their titles.

“We deserve a 10 for our season,” Pellegrini said.

It was Betis’ fifth straight game without conceding away to Madrid in the league. It won two of those matches, drawing the last three in a row.

In the other match on Friday, already relegated Levante made sure it won’t finish last after a 4-2 win at 12th-placed Rayo Vallecano, with Gonzalo Melero scoring twice for the visitors.

Granada, Mallorca and Cádiz will fight to avoid relegation on Sunday, while Villarreal and Athletic try to end in seventh place and earn the berth for the Europa Conference League.

After months of speculation, Kylian Mbappe decides to stay at Paris Saint-Germain