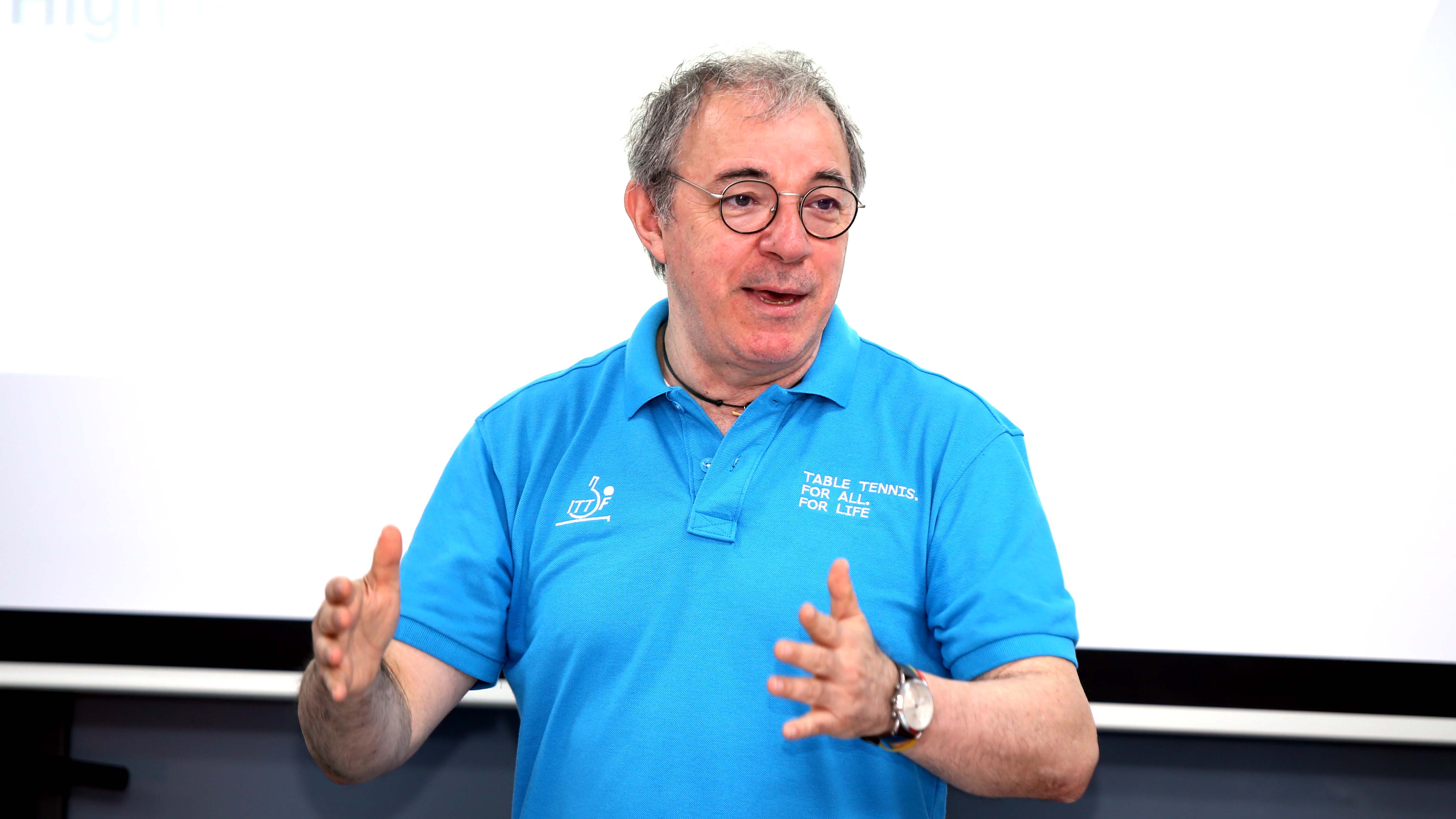 Massimo Costantini says India's preparations not ideal of for the Olympics.

New Delhi: Tokyo Olympics is just a year away but India’s table tennis new coach Dejan Papic is yet to join the national team. This doesn’t augur well for the team and former head coach Massimo Costantini expressed his concern over the whole issue.

“Even four years isn’t enough. It is a very long and slow process. I believe Indian players have a good chance to qualify. If I were the coach, I would advise to keep expectations low. Like I did at the 2018 Asian Games – and those results were fantastic. You have to be ready and go for it- you never know something magical might happen,” Costantini told Sports Lounge. He was in New Delhi for the ongoing Ultimate Table Tennis.

Talking about the development of Indian players since his departure from the team he said, “Surely, lack of guidance is a major problem. Being alone can be a weakness. Planning, guidance, and support are very important for players. So I admire the Indian players that they are performing so well in spite of that.”

“Manav, Sathiyan and Manika are doing very well. Sathiyan has a fantastic chance of qualifying for the Olympic.  In fact I feel Olympic is easier. The world championships have more Chinese, Japanese and Korean competitors. Here there is a lesser number. So technically, Sathiyan has a great chance,” he added.

Under Costantini, India made spectacular performances at various events including historic performances at the Gold Coast Commonwealth Games and Jakarta Asian Games, where India ended a 60-year-wait for a table tennis medal.

When asked about which category among singles, doubles and mixed doubles does India have a better chance of grabbing a medal in Tokyo, Massimo observed, “Doubles are very unpredictable, that’s the problem. But Manika and Sharath have an edge for sure.

“They have the authority to be promising candidates. If you are able to achieve one stage – you can do it again so it is all about the mindset. They have to be ready.”