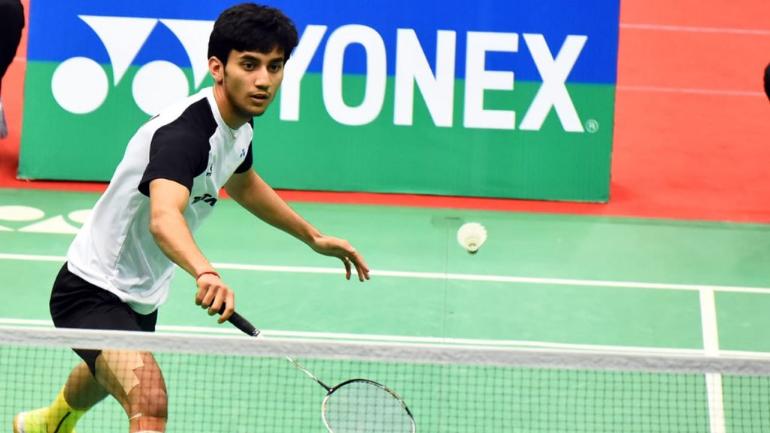 Almere (The Netherlands): Rising Indian shuttler Lakshya Sen stormed into the men’s singles final with a straight-game win over Felix Burestedt of Sweden at the Dutch Open Super 100 tournament here on Saturday.

The 18-year-old Indian, who had clinched the Belgian Open last month, beat Felix 21-12 21-9 in a lop-sided semifinal contest that lasted 33 minutes.

Lakshya had earlier sailed into the men’s singles semifinals with a 21-9 21-16 win over compatriot B M Rahul Bharadwaj on Friday night.

Lakshya, who had won the Asian Junior champion, a silver at Youth Olympic Games and a bronze medal at World Junior Championships last year, will now take on Yusuke Onodera of Japan in the summit clash on Sunday.

In the semifinal, it was neck-and-neck between Lakshya and Felix till the first six points before the Indian pocketed five straight points to surge ahead 11-6.

Felix clawed his way back to reduce the margin to 10-12 before Lakshya upped his game to pocket the first game.

The second game was a one-sided contest as Lakshya raced to an 8-0 lead. Felix managed to secure nine points but Lakshya kept his nose ahead to seal the contest.

Ealier in the quarterfinals against Bharadwaj, Lakshya dished out a dominating game, moving to a 6-0 lead early on and then jumped to 11-3 at the interval.

He continued his march ahead, reeling off six straight points at 13-8 to move to 18-8 and soon pocketed the game comfortably.

In the second game, Bharadwaj opened up a 4-2 lead for a brief period but Lakshya came back to turn the tables and surged to 11-6 at the break.

Bharadwaj tried to make a comeback but Lakshya kept his nose ahead to eventually shut the door on his opponent.