Late own goal sends Liverpool back to top 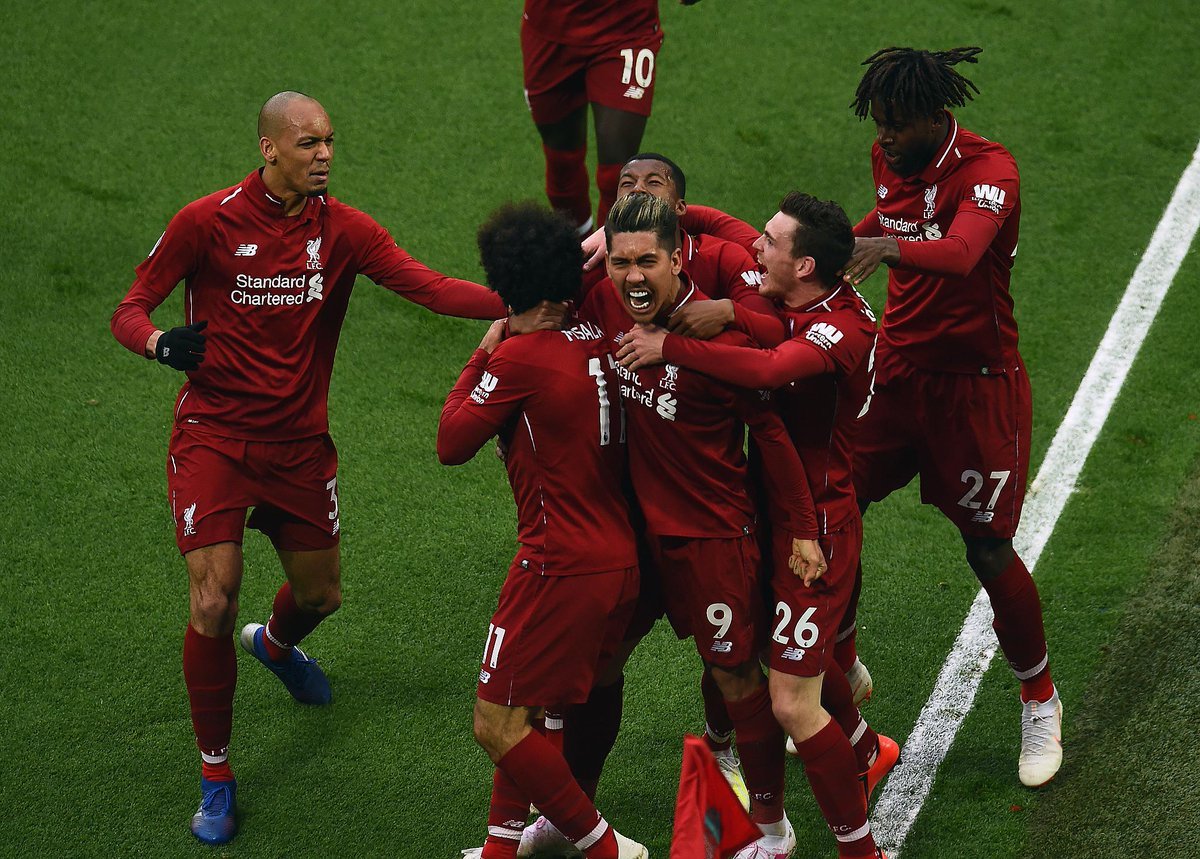 Leaders Liverpool are on 79 points, two ahead of Manchester City having played one match more. Photo: Twitter

Liverpool: Liverpool returned to the top of the Premier League after a dramatic 90th-minute Toby Alderweireld own goal sealed a 2-1 victory over Tottenham Hotspur at Anfield.

Jurgen Klopp’s men went in front on 16 minutes when Andrew Robertson swung in a perfect cross for Roberto Firmino to head beyond Hugo Lloris.

Sadio Mane also curled a shot just wide and while Liverpool regularly poured forward, Spurs provided a threat at the other end.

Those SCENES at full-time 😍

With 20 minutes left Harry Kane released Kieran Trippier with a quick free-kick and the ball broke to Lucas Moura, who hammered in a low shot for the equaliser.

But Liverpool snatched victory in the closing stages when Lloris parried a Mohamed Salah header on to Alderweireld and the ball rolled across the line.

Liverpool go top on 79 points, two ahead of Manchester City having played one match more. Spurs stay third on 61 points.