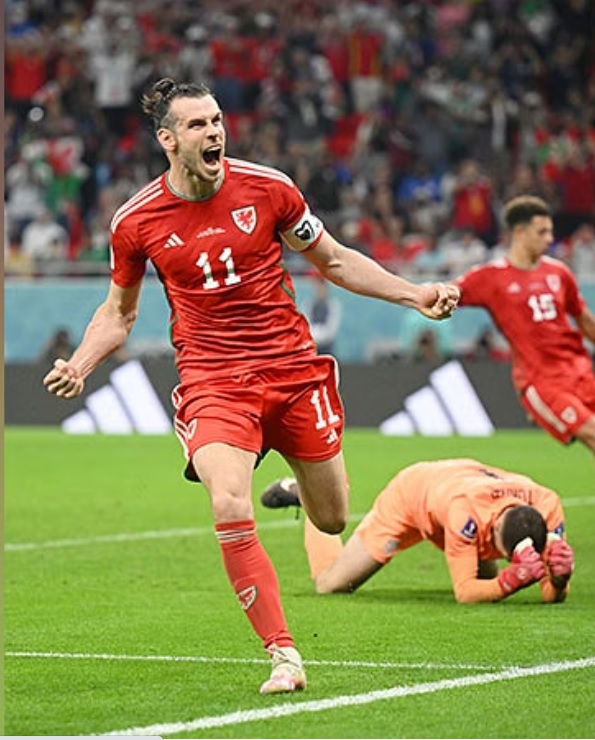 Al Rayyan: A late penalty by striker Gareth Bale helped Wales earn a point in the 1-1 draw against USA in their FIFA World Cup 2022 campaign opener on Tuesday in Qatar.

The Welsh side was left staring at a defeat in their first World Cup match in 64 years, but Bale converted the penalty into a goal with just a few minutes to go for full-time to secure a point in Group B.

The USA dominated early phases of the match and could have had the lead in nine minutes, but Joe Rodon’s header, directed towards his own goal, was kept out by Wayne Hennessey and Josh Sargent nodded against the post just shortly after.

USA earned their breakthrough in the 36th minute after Christian Pulisic got some space to slip a pass to Timothy Weah, who netted the ball past Hennessey into the bottom corner of the goal. The USA was up 1-0.

At the end of the first half, Wales was totally overwhelmed and manager Rob Page brought Kieffer Moore to the pitch at the break in place of an ineffective Dan James.

In the 65th minute, opportunity knocked on the door for Wales, but Moore’s header went just over the bar.

With eight minutes to go, Bale got himself in front of Walker Zimmerman in the box, got tripped and won a penalty, which he gracefully converted, sending the ball past Matt Turner.

In terms of ball possession, the USA turned out to be better as they enjoyed 58 per cent of it as compared to 41 per cent by Wales.

With this draw, Wales is at number two in the points table, while the USA is at third with one point each. England is currently the table topper following their dominant 6-2 win over Iran.

Wales will face Iran next on Friday and the USA will take on England on the same day in evening.

Qatar 2022: Netherlands get off the mark with two late goals against Senegal