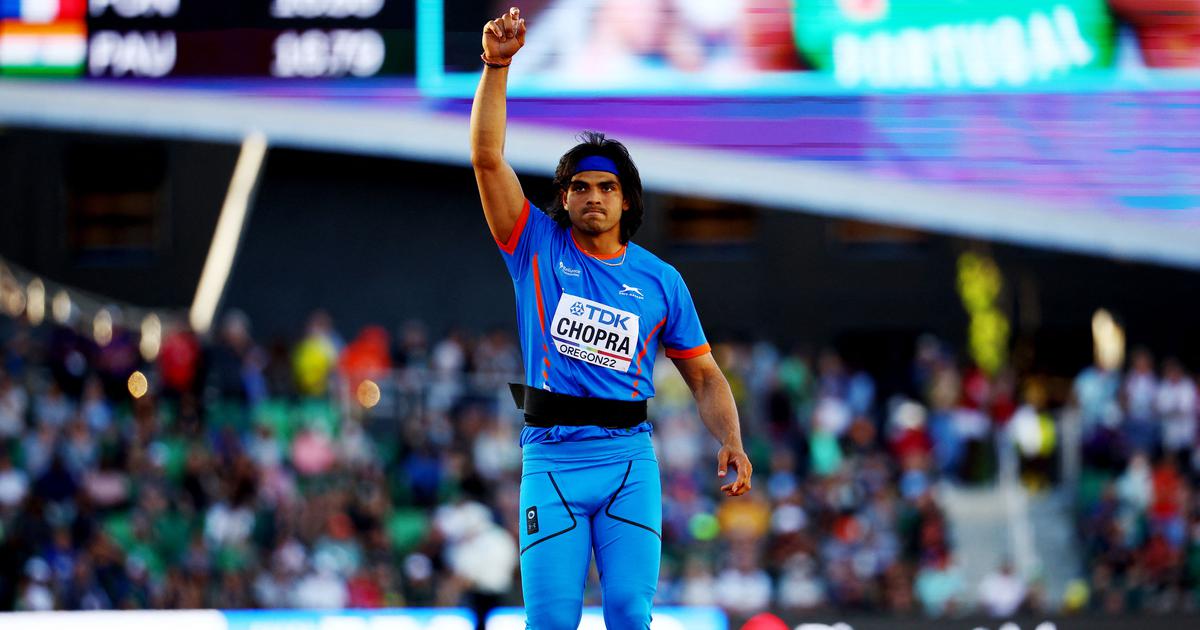 Lausanne: A fit-again Neeraj Chopra can create another piece of history when he takes part in the Diamond League Meeting here on Friday.

The 24-year-old Olympic champion javelin thrower has recovered from the “minor” groin strain injury he had suffered while winning a historic silver medal during the World Championships in Eugene, USA, last month.

A top-three finish here will ensure Chopra a berth in the Diamond League Finals in Zurich on September 7 and 8 as he is at fourth spot in the standings with seven points. He had finished second in the Stockholm leg — his first-ever podium — on June 30.

The top six in the standings will make the Zurich Finals. The Lausanne event is the last leg which has men’s javelin throw competition.

Whether Chopra continues his strong form this season, after the one-month rehabilitation, remains to be seen. He can become the first Indian to win a Diamond League Meeting as the eight-man field here is not so strong.

Before Chopra, discus thrower Vikas Gowda is the only Indian to have finished in top-three in a Diamond League Meeting. Gowda had finished second twice — in New York in 2012 and in Doha in 2014 — and third on two occasions — Shanghai and Eugene in 2015.

Weber is not taking part in Lausanne, as also Peters who is recovering from an injury after he was assaulted inside a boat in his country earlier this month.

A struggling Keshorn Walcott of Trinidad and Tobago, the 2012 Olympic champion, is also in the fray.

Three athletes who are below Chopra in the Diamond League standings — Latvians Gatis Cakss and Patriks Gailums, and Curtis Thompson of USA — are also taking part here.

At the start of the season, Chopra had said that he would like to do well in the Diamond Leg Finals.

This will be Chopra’s second competition in a Diamond League Meeting this season. Before that, he finished fourth in Zurich in August 2018.

He has taken part in eight Diamond League meets so far — three in 2017, four in 2018 and one this year. He had two fourth-place finishes, the other one being in Doha in May 2018, when he had thrown 87.43m, before taking the second place in Stockholm.

Chopra had pulled out of the Birmingham CWG (July 28-August 8) just two days before the start of the multi-sport event as he was advised a four-week rest by his medical team. He then underwent rehabilitation in Germany.

“Feeling strong and ready for Friday. Thanks for the support, everyone. See you in Lausanne!” Chopra had tweeted on Monday.

Birmingham CWG silver medallist Avinash Sable was earlier among the participants in the men’s 3000m steeplechase, but his name is no longer in the list.