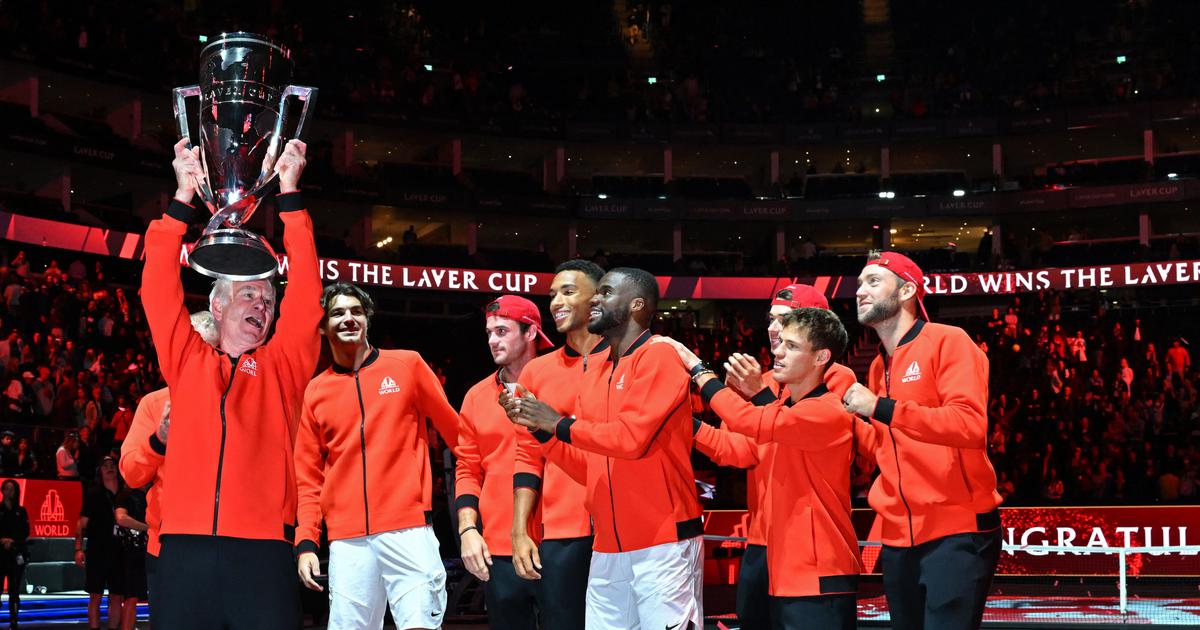 That was enough to give John McEnroe’s Team World a 13-8 overall margin of victory with a match to spare, sealing their first ever triumph in the competition after Team Europe won the previous four editions.

While Federer had hoped to mark the end of his career by lifting the trophy in a tournament he helped create, the Swiss legend was left to congratulate Tiafoe and the rest of the Team World squad.

Federer had played the last match of his glittering career on Friday when he and Rafael Nadal were beaten by Tiafoe and Jack Sock in the doubles.

The 20-time Grand Slam champion’s tearful farewell was the tournament’s headline moment, but Federer – unable to play further matches due to the knee problems that forced his retirement – stayed around to cheer on his Team Europe colleagues.

Despite the presence of Wimbledon champion Novak Djokovic and former world number one Andy Murray on the Team Europe roster, it was fitting that Tiafoe and Canadian rising star Felix Auger-Aliassime powered Team World’s comeback from a 8-4 overnight deficit.

Tiafoe, 24, and Auger-Aliassime, 22, are part of a generation expected to stage centre-stage now Federer has retired, with Nadal and Murray also in the twilight of their careers.

Needing to win three of Sunday’s four matches, Team World were dragged back into contention by Auger-Aliassime.