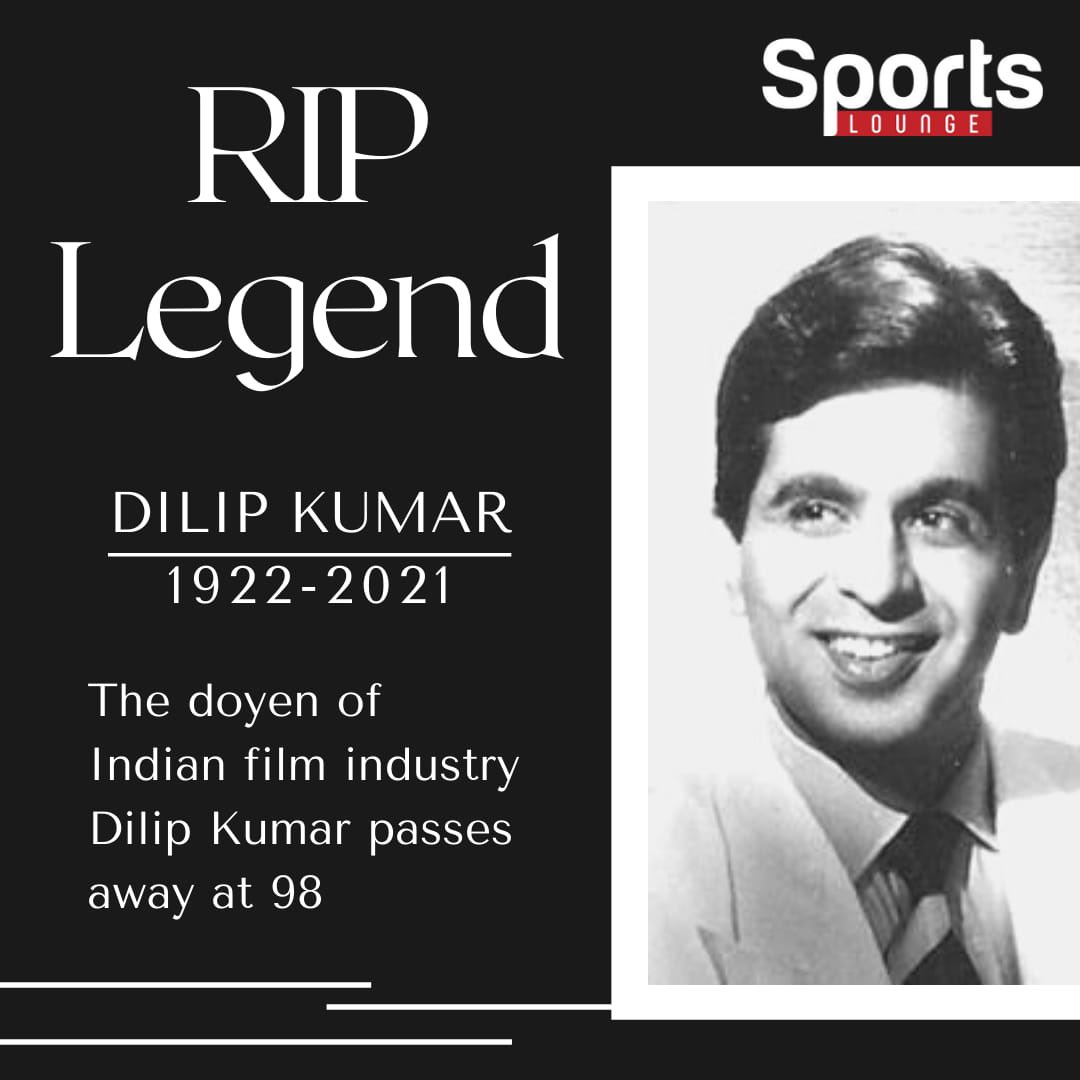 Mumbai: Dilip Kumar, India’s enduring film legend through the decades, died at a Mumbai hospital on Wednesday after prolonged illness, his family and doctors treating him said. He was 98.

The actor, known to generations of film-goers as ‘tragedy king’ for his portrayal of the brooding, intense romantic in classics such as Mughal-e-Azam and Devdas, had been admitted to the Hinduja Hospital, a non-COVID-19 facility in Khar, since last Tuesday.

“He passed away due to prolonged illness at 7.30 a.m.,” Dr. Jalil Parkar, who had been treating Kumar, told PTI.

“With a heavy heart and profound grief, I announce the passing away of our beloved Dilip Saab, few minutes ago. We are from God and to Him we return,” family friend Faisal Farooqui posted from the actor’s Twitter handle at 8.01 a.m.

After news of the actor passing broke out, people from all walks of life took to social media to share heartwarming messages.

The legend of Hindi cinema.. May your soul rest in peace sir 🙏🙏.. #DilipKumar pic.twitter.com/4AIjrXnvrC

Deeply saddened by the passing of Dilip Sahab. A genius actor who made such a huge impact in Indian cinema. An inspiration for generations to come. 🙏 #DilipKumar pic.twitter.com/hABPsu3WVR

Indeed to Allah we belong and to Allah we shall return.
A huge loss for Yousuf Khan sahib’s fans from KPK to Mumbai and across the globe. He lives on in our hearts. Deepest condolences to Saira Banu sahiba. #DilipKumar pic.twitter.com/T51NelBl6O

Rest in Peace Dilip Kumar ji!
There will never be another like you.

Your contribution to Indian cinema is unparalleled and you’ll be missed dearly. My heartfelt condolences to Saira Banu ji & the family. 🙏🏼 pic.twitter.com/9yw80eTegZ