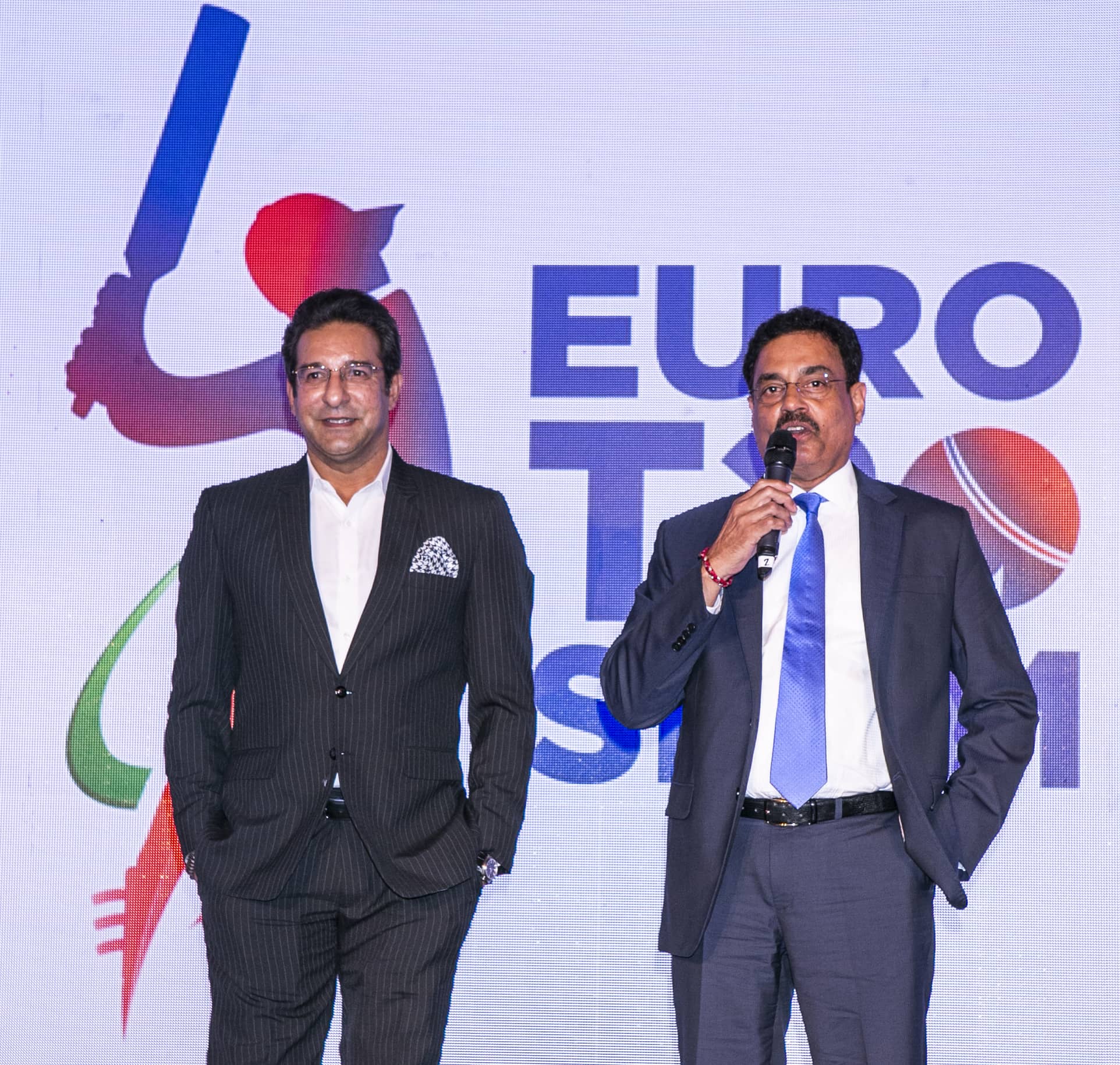 Legendary cricketers Wasim Akram (left) and Dilip Vengsarkar at the official launch of Euro T20 Slam in Dublin on Tuesday.

The organisers also unveiled the tournament logo and the marquee players who will be playing in the tournament. Pakistan stalwart Akram and former India captain and ex-chairman of selectors Vengsarkar revealed the details of the tournament. The ceremony was also attended by who’s who of the three participating cricket boards of Ireland, Scotland and The Netherlands. 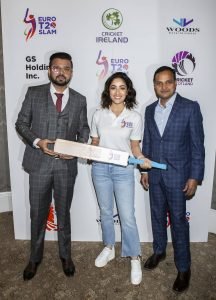 The logo’s colour scheme is inspired by colours associated with Ireland, Scotland and Netherlands, while the swashbuckling batsman in the logo signifies the vibrant nature of T20 cricket.

The tournament will get underway on August 30 and will culminate on September 22. Six teams will participate in the inaugural event, to be staged in Dublin, Edinburgh and Amsterdam. Both Wasim and Dilip were announced as members of the Euro T20 advisory committee.

Dilip Vengsarkar added: “The rise of T20 cricket leagues around the world is surely a sign of the growth of this beautiful game. What sets the Euro T20 Slam different from other leagues, is the fact that it is taking cricket in the most entertaining form to these soccer crazy nations. I hope the local players will make full use of this opportunity and aim to bring their countries laurels in the near future.”

Wasim Akram said: “It’s an honour to be a part of the launch of Euro T20 Slam and I want to congratulate all the cricket boards and the promotors to start a league like this in this part of the world. Over the years, I have seen immense talent emerging out of this continent and to see them getting a platform like this is nothing but a great opportunity.”

Warren Deutrom, Chief Executive of Cricket Ireland, said: “We are very excited that nearly 20 months of planning has brought us to this day.  Speaking from an Irish perspective, one of the prime motivators for the Slam is to provide greater opportunities for Irish players to play top quality T20 cricket. The opportunity for all of our players – as well as coaches and officials – to operate alongside some of the best in the world will only benefit both our established and emerging talent for at least the next decade. Our colleagues at Scotland and Netherlands view this the event the same – and collectively we view the event as an opportunity to help properly popularise the game of cricket in our 3 nations through the vehicle of T20 franchise cricket.” 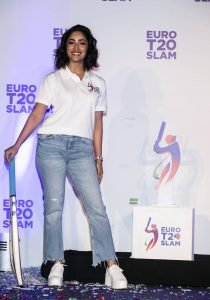 Bollywood actor Yami Gautam said: “Cricket is a religion in our country and to promote the same in this part of the world is an honour. It’s also a privilege to launch the logo of the most anticipated Euro T20 Slam in front of the Irish crowd. India has seen the impact of marrying Bollywood with cricket, and I am sure Europe will witness the same. I wish all the best to all the players and I promise that they’ll have a permanent Indian fan applauding their performance.”

Woods Entertainment and GS Holding Inc have also inaugurated the official portal of the league—www.et20s.com

Prashant Mishra of Woods Entertainment said: “We have been planning this day for a long time along with the cricket boards of Ireland, Scotland and Netherlands. We are glad that we have found a window right before the Ireland vs England ODI series to launch this tournament. In this World Cup year, the awareness and excitement around cricket will be immense. The Euro T20 Slam will be a perfect culmination for the most enthralling cricket season in the region.”