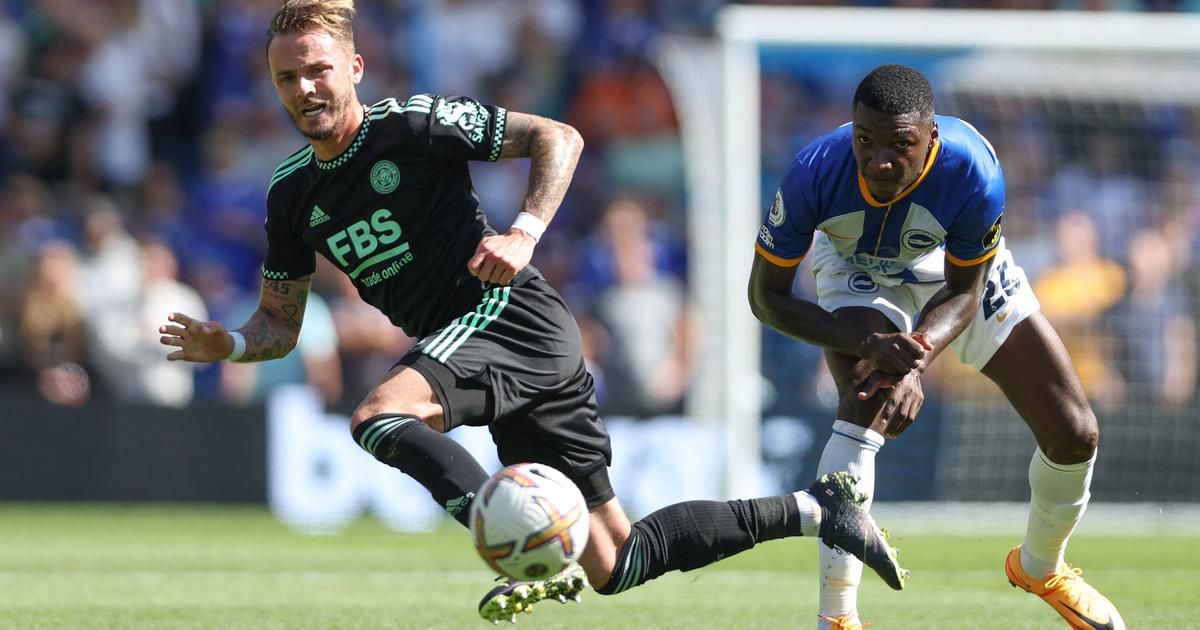 Brendan Rodgers said Leicester have turned the corner after James Maddison inspired a 4-0 rout of Nottingham Forest that eased the pressure on the Foxes boss and pushed their rivals to the bottom of the Premier League on Monday.

Rodgers’ side blew Forest away with three goals in the space of 10 minutes in the first half at the King Power Stadium.

Maddison struck either side of a superb finish from Harvey Barnes and Patson Daka netted in the second half as Leicester won for the first time this season at the eighth attempt.

Leicester had lost their previous six games to leave Rodgers fighting to avoid the sack following his criticism of the club’s Thai owners for failing to back him in the transfer window.

Winning the East Midlands derby should give Rodgers at least a little breathing space, with Leicester moving one place above rock-bottom Forest on goal difference.

“When you don’t win games it comes on to you. We had a horrendous summer, that’s the reality of it and that continued into the start of the season,” Rodgers said.

“I just had to remind the players of their ability and continue to support them. They have bags of resilience. We just needed to turn that corner tonight and we did that.”

Woeful Forest are now without a win in six games, losing five in a row and conceding 16 goals in their last four matches.

That dismal run has turned up the heat on Steve Cooper, who took charge when Forest were bottom of the Championship last season and led them back to the Premier League for the first time since 1999.

It would be incredibly harsh on Cooper to sack him so soon after winning promotion, but Forest owner Evangelos Marinakis would have hoped for better results after sanctioning a hefty investment in 21 new players in the close-season.

“It is another disappointing result, there’s no doubt. We came with a plan and we were nowhere near good enough in the duels which was disappointing,” Cooper said.

“There were times where I felt we could have been more competitive, but I’m not looking at these lads and thinking they don’t care. They are just a really fresh group trying to come together.”

Maddison was the catalyst right from the start as he teased the visitors’ defence, but crucially Forest striker Taiwo Awoniyi hit the post after racing onto Morgan Gibbs-White’s defence-splitting pass.

That proved the decisive moment as Leicester seized control with two goals in quick succession.

There was more than a slice of luck about Maddison’s 25th-minute opener as he pounced on Jesse Lingard’s awful clearance for a 20-yard strike that took a wicked deflection off Scott McKenna as it looped past Dean Henderson.

If that was fortuitous, there was no denying the excellence of Barnes’ effort in the 27th minute.

Picked out by Vardy’s pass, Barnes took aim from the edge of the area and curled a superb effort into the far corner as Rodgers raised his arms in jubilation.

Maddison was giving England manager Gareth Southgate a reminder of his quality ahead of the World Cup after being left out of the recent Nations League squad.

Of Maddison’s international exile, Rodgers said: “It’s such a shame for the country and for him. James is an absolutely brilliant player and I hope he can somehow get into the team.”

Maddison delivered the knockout blow to Forest in the 35th minute with a fine free-kick that whistled past Henderson from 25 yards.

In the directors’ box, Leicester chairman Aiyawatt Srivaddhanaprabha wore a broad grin that suggested Rodgers had earned a few days of respite.

But down the touchline, Cooper hung his head in despair as Leicester fans chanted “you’re getting sacked in the morning”.

Maddison was still tormenting Forest in the second half and his low cross was perfectly placed for Daka to flick an audacious backheeled finish past Henderson in the 73rd minute.