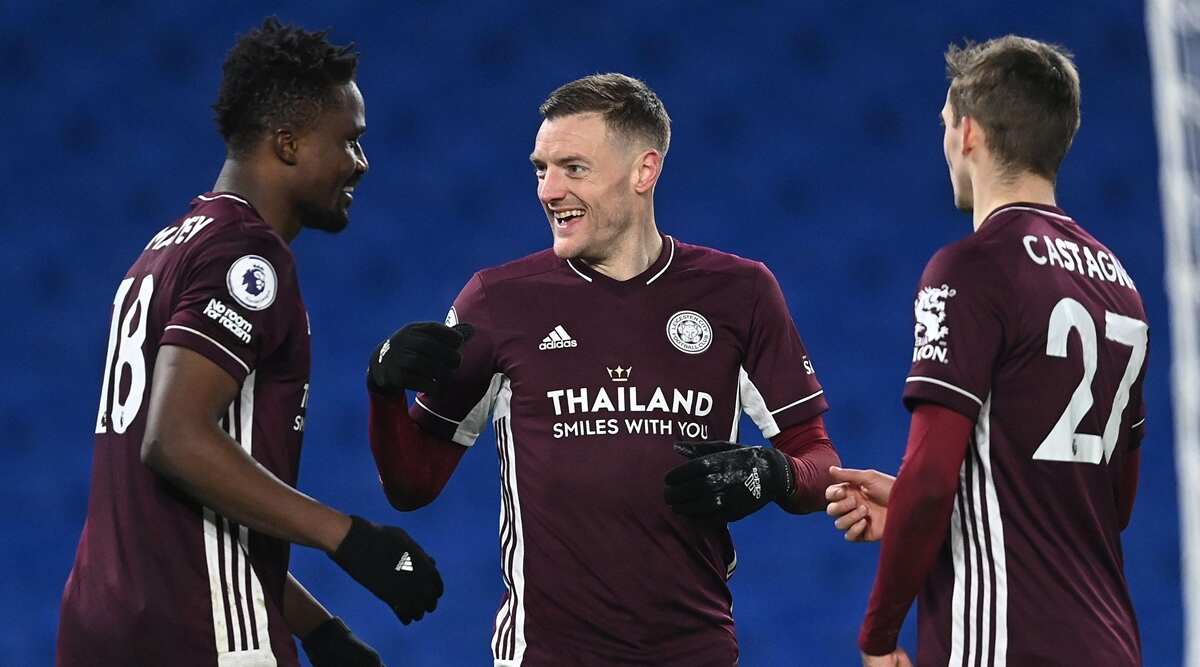 New Delhi: Leicester City turned up the heat in the Premier League’s top-four battle as they struck late to earn a 2-1 victory at relegation-threatened Brighton & Hove Albion on Saturday.

Daniel Amartey’s 88th-minute header completed a comeback win for Leicester who stretched their unbeaten away run to 10 games.

It moved Brendan Rodgers’s side above Manchester United into second place with 53 points from 28 games with United away to runaway leaders Manchester City on Sunday.

Skipper James Ward-Prowse’s first-half penalty and a thunderbolt from Che Adams secured Southampton’s first win in 10 games to calm the jitters and move the Saints 10 points clear of the relegation places.

“There are still a lot of games to go. We’ve been much higher in the table then we had this negative run. It’s important we can turn it round now,” Southampton manager Ralph Hasenhuettl said after his 100th game in charge.

Burnley also secured an important point in their quest to stay clear of trouble as they drew 1-1 with Arsenal.

A dreadful defensive error by Arsenal’s Granit Xhaka gifted Burnley an equaliser at Turf Moor after the visitors had taken the lead early on through Pierre-Emerick Aubameyang.

Ninth-placed Aston Villa’s hopes of re-igniting their own top-four hopes were frustrated as they struck the woodwork twice in the opening 16 minutes in a 0-0 draw at home to Midlands rivals Wolverhampton Wanderers.

With injuries mounting, Leicester had wobbled of late with defeat by Arsenal and then a draw with Burnley raising questions about their staying power.

They were second best against Brighton in the first half with Adam Lallana scoring his first goal for the Seagulls to give the hosts a deserved halftime lead.

But Leicester finally got their act together after the break and levelled just past the hour through Kelechi Iheanacho.

Amartey then headed in late as Leicester made a timely return to winning ways as the season enters the home straight.

“Very important win,” said Rodgers, whose side missed out on the Champions League qualification spots last season having been well-placed throughout the campaign.

“First half we didn’t press the game well enough and we deserved to be behind. We had to ask a question at halftime and in the second half I thought we were brilliant.”

Leicester are six points ahead of fourth-placed Chelsea and seven ahead of fifth-placed Everton with those two meeting at Stamford Bridge on Monday.

For Brighton, it is now only one home win all season and the alarm bells are starting to ring as they are three points above Fulham who occupy the last relegation place.