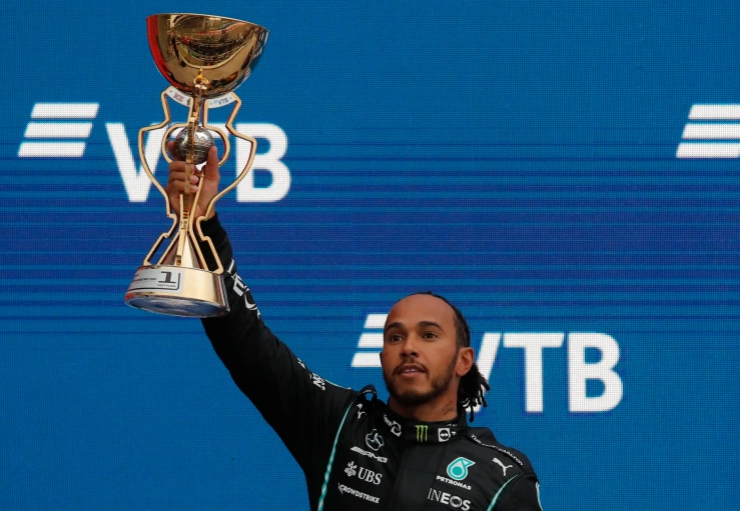 New Delhi: Lewis Hamilton has become the first Formula One driver to win 100 races with victory in the Russian Grand Prix to retake the championship lead from Max Verstappen.

Hamilton dropped to seventh place on Sunday when he was boxed in at the first corner but fought back and passed Lando Norris for the win when the McLaren driver stayed out on slick tyres in late rain and slid off the track.

It was Hamilton’s fifth win of the season and his first since the British Grand Prix in July.

Hamilton turned Verstappen’s five-point championship lead into a two-point lead of his own as the Dutch driver finished second after a dramatic drive from last on the grid.

Carlos Sainz was third for Ferrari.

Verstappen started last after a penalty for an engine change in his Red Bull but sliced through the field and had Hamilton in sight by the halfway stage.

Hamilton’s Mercedes worked better on the hard tyres in the second half of the race and Verstappen’s charge seemed to have stalled when he was overtaken by the Alpine of Fernando Alonso and stuck in seventh.

But then the rain came and Verstappen switched to intermediate tyres early, allowing him to claim an unexpected podium finish and limit the damage to his hopes of a first title.

Hamilton has now won the Russian Grand Prix on five of eight occasions, and his victory on Sunday continues a clean sweep of victories in Russia for Mercedes cars.