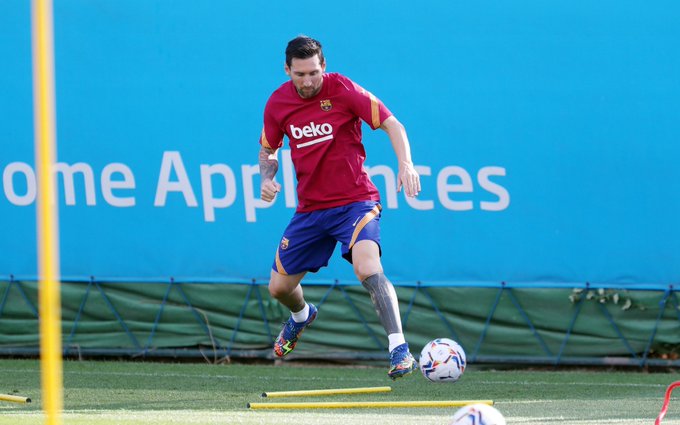 Barcelona: Lionel Messi showed up at FC Barcelona’s training field on Monday for the first time since the 33-year-old forward announced his intention to leave the club 11 days ago.

Messi failed to appear for routine PCR tests on August 20 ahead of Barca’s return to training, and did not attend any of the sessions under new coach Ronald Koeman.

But on September 4, the striker published a video message confirming that he would remain at the club for the 2020-21 season to see out the remaining year of his contract.

This came after Barcelona insisted that he had to pay his 700 million-euro release clause to leave the club, while Messi argued that a clause in his contract meant he could leave for free.

In his video, despite saying “unhappy”, Messi explained he would see out the last year of his deal because he would “never go to court” against the club.