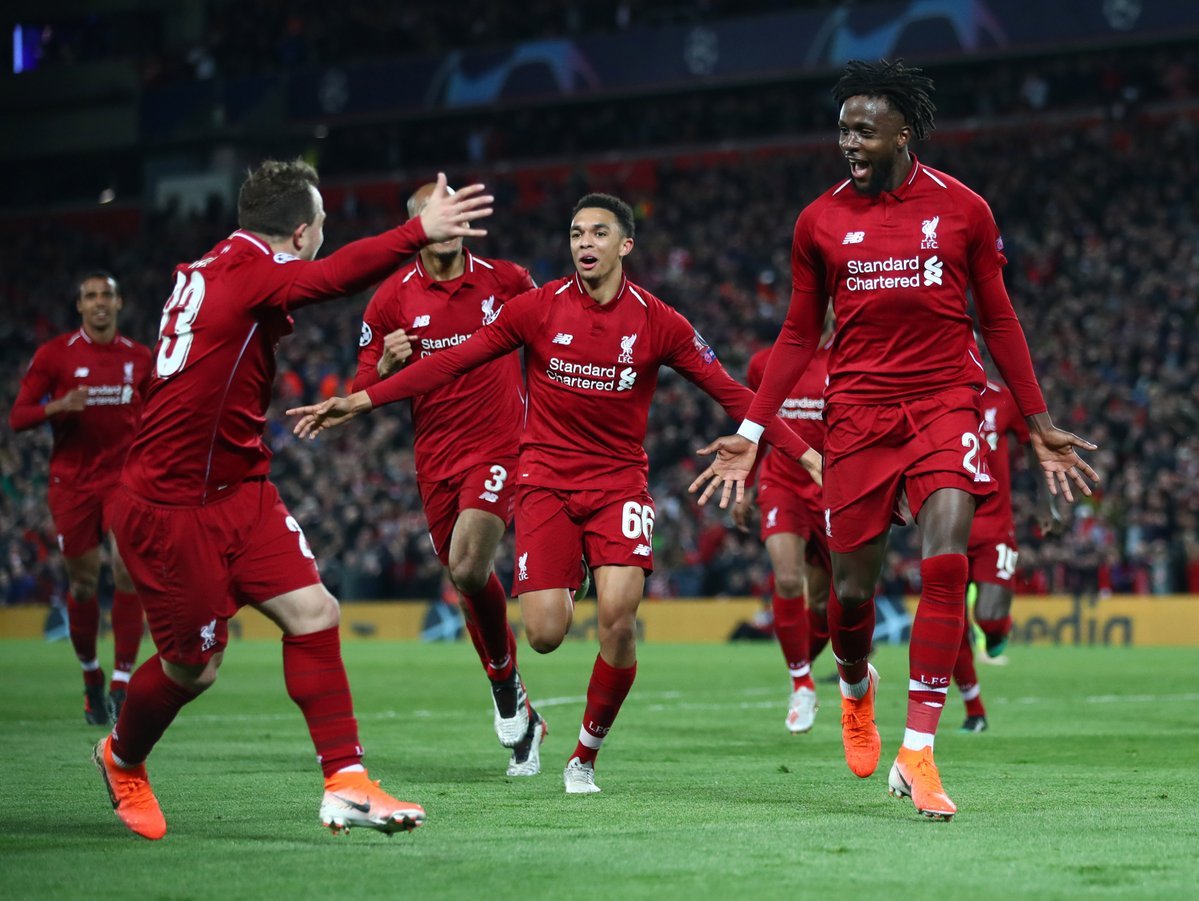 Liverpool: Liverpool are headed to their second consecutive UEFA Champions League final after routing Barcelona 4-0 to win the semifinal tie 4-3 on aggregate.

Written off by most after losing 3-0 in the first leg at Camp Nou, the Reds—without Mo Salah and Roberto Firmino—produced a spectacular comeback at Anfield here on Tuesday, where subs Divock Origi and Georginio Wynaldum each had a brace.

The 54,000 in the stands set the scene with a spirited rendition of “You’ll Never Walk Alone” and then greeted Barca’s first touch with full-throated jeering.

Liverpool started aggressively and the visitors didn’t deal well with the pressure, conceding in the seventh minute.

An error by defender Jordi Alba created an opening for Sadio Mane, who set up Jordan Henderson to take the shot. While keeper Marc-Andre ter Stegen made the initial stop, Origi was there to knock in the rebound.

Still haunted by their second-leg collapse against AS Roma in last year’s semifinals, Barcelona went on the attack with Lionel Messi in the vanguard and the Argentine great conjured multiple occasions in front of the Liverpool goal.

Sadio Mane, meanwhile, tore up and down the field in pursuit of a second goal for the Reds.

Messi threatened with a long, low strike late in the first half before Alba forced a stop from Liverpool keeper Alisson.

Barca, while rattled, were still ahead 3-1 on aggregate and the odds remained with them.

Liverpool began the second half without defender Andy Robertson, hurt before the break, and Jurgen Klopp decided to shift James Milner from midfield to the back line to make room for Georginio Wynaldum in the middle.

The move paid off in the 54th minute when Trent Alexander-Arnold put a cross in the path of Wynaldum and the Dutchman launched a powerful strike that eluded Ter Stegen to make it 2-0 for the Reds on the night and narrow Barcelona’s advantage to one.

Two minutes later, it was Zherdan Shaqiri’s turn to assist Wynaldum, who connected with a header to level the tie at 3-3 with 34 minutes to go in regulation.

The spectre of extra time was hanging over Anfield in the 79th minute as Alexander-Arnold caught the Barca defense napping, sending a quickly taken corner to the unmarked Origi for the easy goal.

Liverpool did enough to preserve the 4-3 advantage and booked their tickets for the June 1 Champions League final at Madrid’s Wanda Metropolitano.