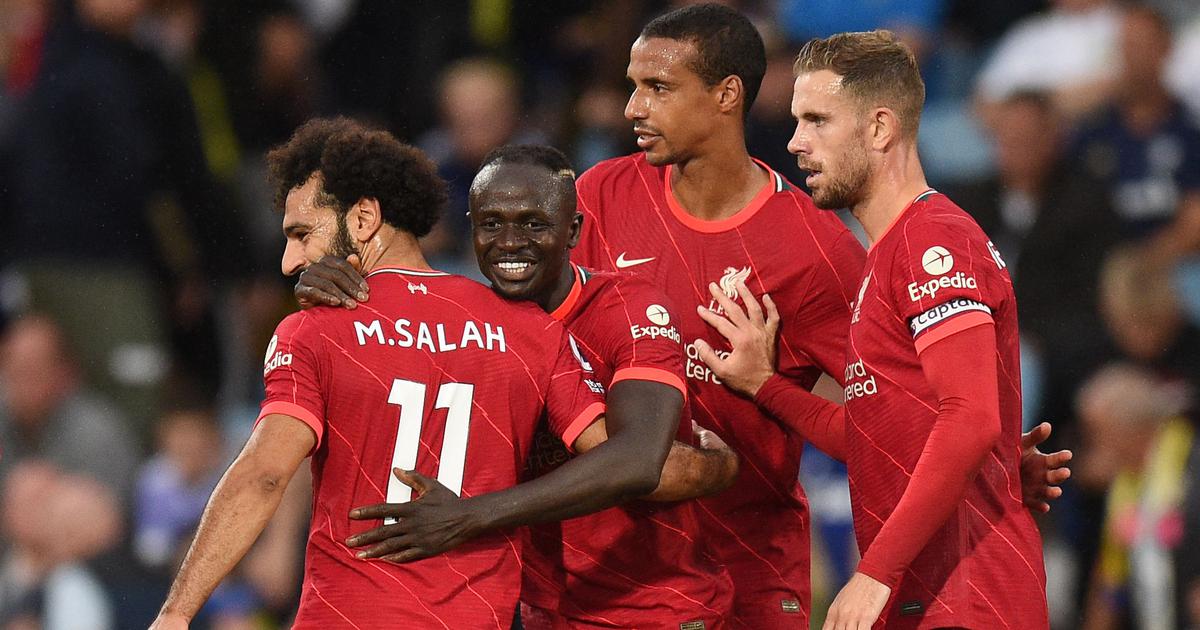 New Delhi: Virgil van Dijk offered his support to Liverpool’s teenage star Harvey Elliott after the 18-year-old midfielder suffered a dislocated left ankle that overshadowed an impressive 3-0 for the Reds at Leeds on Sunday.

Leeds midfielder Pascal Struijk was sent off for a challenge from behind on Elliott midway through the second-half.

By that point Liverpool were already comfortably ahead thanks to Mohamed Salah’s 100th Premier League goal and Fabinho’s 50th minute strike.

Sadio Mane rounded off the scoring in stoppage time as Liverpool joined Manchester United and Chelsea at the top of the Premier League table on 10 points from four games.

However, the loss of Elliott cast a dark cloud over a positive performance for Jurgen Klopp.

Elliott, who made his Premier League debut as a 16-year-old for Fulham, had broken into the Reds side with impressive early season displays against Burnley and Chelsea.

However, the Dutch captain has returned close to his best so far this season and said Elliott will count on the same support.

“All our thoughts and prayers are going to Harvey. Hopefully he recovers quickly and as good as possible from it,” said Van Dijk.

“The good thing is I’ve experienced it with all the players, the staff, everyone around Liverpool, the fans, that they had my back in the difficult times too. I’m 100 percent sure we’re all going to be there for him.”

The incident took place right in front of the Liverpool bench and Klopp was involved in an angry exchange of words with Leeds fans, who had initially been angered that the game was stopped.

However, Elliott was able to applaud the Leeds support as he was carried from the field as they gave the England under-18 international a rousing reception.

“Thank you for the messages guys!” Elliott posted on Instagram from an ambulance taking him to hospital. “Road to recovery.”

Klopp said the Liverpool medical staff had been able to put the ankle back in place Elliott left the stadium.

“Obviously it’s a bad injury and we have to wait now for the further examinations. We will wait for him because obviously he is a top, top player.”

Van Dijk’s return has made a massive impact with Liverpool conceding just once in their opening four games.

However, Salah aside, there remain questions over whether Liverpool have the firepower at the other end to match their rivals for the title in Chelsea, United and defending champions Manchester City.

The visitors should have been out of sight before half-time as they quietened the Elland Road crowd, enjoying just their second sight of a Premier League games in 17 years.

Salah rounded off a brilliant team move to open the scoring and bring up his century in just 162 games in the English top-flight as he and Matip exchanged a one-two before Trent Alexander-Arnold’s cross picked out the Egyptian for a tap in.

Mane’s form remains a concern for Klopp despite his late strike as the Senegalese missed a series of golden chances, including when he spooned over an open goal from Diogo Jota’s cross.

Fabinho swept home a loose ball after Van Dijk failed to connect cleanly with a free header from a corner to double Liverpool’s lead five minutes into the second-half.

Mane had 10 attempts on goal in total and finally scored his second goal of the season when he span onto Thiago Alcantara’s pass and blasted into the car corner.