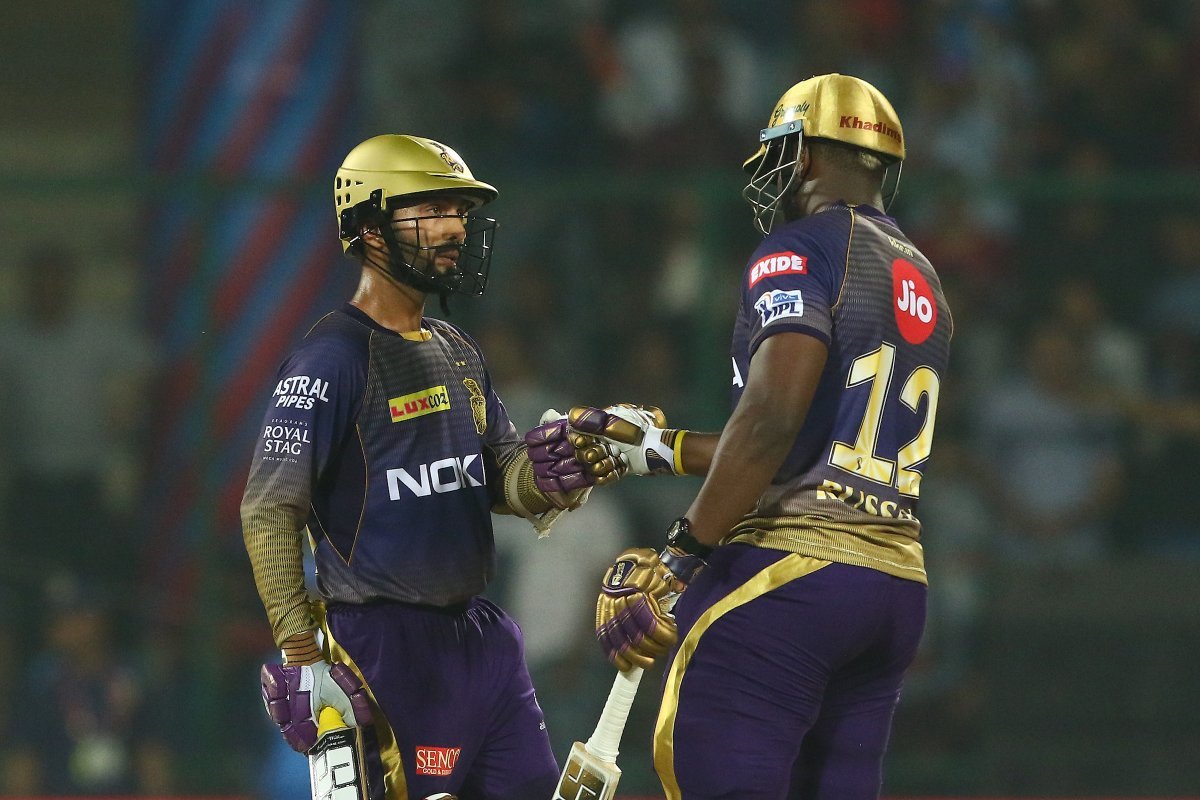 CSK bear KKR to go on top of the IPL standings. Photo: Twitter

Chennai: It was billed as the clash of the titans, but Kolkata Knight Riders failed to even get off the mark against Chennai Super Kings at the M.A. Chidambaram Stadium in their Indian Premier League encounter. While Deepak Chahar started the show with the new ball, Harbhajan Singh and Imran Tahir sealed the deal in the middle overs.

Speaking at the end of the game, KKR skipper Dinesh Karthik admitted that the team had not put on enough runs on the board. He said that losing four wickets in the powerplay put the KKR outfit on the back foot.

“Definitely not enough runs on the board. These are tricky games and you don’t know how many runs to set with the dew and everything, but when the game finishes you feel you should gave got 20 more runs, so it’s always a Catch-22 situation.

“When you lose four wickets in the powerplay, you are always behind the eight-ball. Then you have to consolidate and probably hope to go well towards the end, but we couldn’t do that,” he admitted.

Karthik though made a special mention of how Andre Russell once again looked to stand tall and get counted, even though he didn’t have too many batsmen for support. “But credit to Russell, he showed a lot of maturity and I am pleased with the way he’s shaping up,” he said.

The captain also praised the overall attitude of the group and how they look to give it their all on the field. “I was happy with the general attitude, I like the way we tried defending a small total, especially the spinners with the wet ball.

“I don’t think it was a lack of concentration from our side with the bat. We have been on the road for three games, and have won two in five days and we shouldn’t be too greedy. We’ve tried hard and as a captain I am okay with not coming up on top everyday,” he said.

The KKR skipper now wants the boys to come back strongly. “When we return, we need to regroup. Two good teams playing and it should be a good match against Delhi next. (Message to the team) Enjoy, forget today, next game is a new game, a new day,” he said.