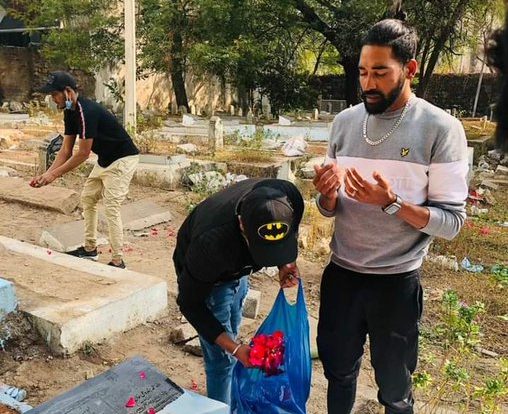 Hyderabad: Fresh from his impressive performance during his debut Test series in Australia, fast bowler Mohammed Siraj on Thursday said he wants to carry forward the confidence he gained Down Under and maintain consistency.

On his return from Australia after the team’s historic 2-1 Test series win — the second consecutive Test series triumph in Australia — the 26-year-old bowler said he had no time to relax and would like to focus on the game without thinking too much. India’s next series is against England at home, starting on February 5 in Chennai.

Siraj, who ended up as the third highest wicket taker on either side in the Test series with 13 scalps in three matches, said he was dedicating every wicket to his father. Only Australian speedster Pat Cummins (21 wickets in four Tests) and Josh Hazlewood (17 in four) took more wickets than Siraj, but they played one more match than him.

“Whenever I performed I missed my father. In fact, I was thinking of calling him after every good performance but later realised that he was no more. I miss him a lot. May Allah grant him place in paradise,” he said.

Siraj said when he received the news of his father’s death in Australia he felt depressed.

“It was difficult; it was depressive. I spoke to my family members. They told me to fulfil father’s dream [of playing and performing in Test matches] by staying back. The team also supported me,” he said.

Siraj also revealed that his fiancée played a big role in this situation. “She always motivates me,” he said, but declined to answer more queries about her.

The Hyderabad-based Siraj said it was an emotional moment for him when he drove straight from the airport to the graveyard and offered flowers on his father’s grave.

“When I entered the house, my mother was crying. I tried to be strong and tried consoling her,” he said.

Commenting on capturing a five-wicket haul in the fourth and final Test in Brisbane, Siraj said he never thought that he would get so many and would become main bowler.

“Since many players were injured, everyone trusted me. There was pressure on me, but it was challenging. I tried to build pressure on batsmen without taking pressure and trying hard. This paid off both for team and for me,” he said.

Siraj said since he had played with most of the senior team players as part of India A as well, it seemed like he was representing India A — a rung below the senior team. “I felt like I was playing India A matches and never thought I am playing for India [senior]. That would have put pressure. Our plan was not to take pressure and enjoy the game,” he said.

The wiry bowler said he had no particular strategy for Aussie opener David Warner. “There was no special plan for him. Whenever I was bowling to him in-swingers he was accepting it [played it easily]. This happened in IPL as well. My plan was to make him play outswing,” he said

Siraj said he is still a junior player and he has a lot to learn, and that he wants to put his heart and soul in every game that he plays, and give his best.

To another query, Siraj said when he made white ball international debut he used to take pressure and used to be more nervous.

“As I played more and more matches I gained experience. After a bad season in the Indian Premier League (IPL), Royal Challengers Bangalore backed me. They showed trust in me and Virat Kohli backed me. That boosted my confidence,” he pointed out.

Siraj said Kohli always backs him. “He always told me ‘tujh mein dum hai, tu kar sakta hai [you have the power; you can do it], don’t take pressure’. I followed his advice. I did not take pressure and was not nervous [during Australia series],” he said.

Siraj said he was looking forward to the home series against England and T20 World Cup, to be held in India in October-November. “I don’t want to relax because my performance will set the course of my career,” he stressed.

On being abused racially by spectators in Australia during the third and fourth Tests, in Sydney and Brisbane respectively, Siraj said it made him mentally strong and he did not allow that to impact his game.

“The case [on racial abuse] is going on. Let us see if we get justice or not. I told my captain that some audience are abusing me. The umpire said you can leave the ground but the captain said we will not go as we respect the game of cricket and you may send them out,” he said.

When asked as to who is the better captain between Kohli and Ajinkya Rahane, Siraj said both are good and that he enjoyed playing under both. He said Rahane backed the youngsters. “He did not get angry over one bad over and for a youngster that provides a lot of confidence,” he said.

On his journey so far, Siraj said he worked very hard during the Covid-enforced lockdown that started in March-end.

“I was bowling and aiming at a single wicket. The 2020 IPL was most important season of my life. I decided not to relax. When I went to IPL, I met Dale Steyn sir, spoke to him and learnt from him. I developed my outswinger. My performance in IPL gave me confidence, and then I was selected red ball cricket in Australia [Test series]. I had not thought I would get a chance. When I got the chance, I performed well. It gave me confidence and I will carry this to England series,” he promised.

Natarajan gets a chariot ride home on return from Australia