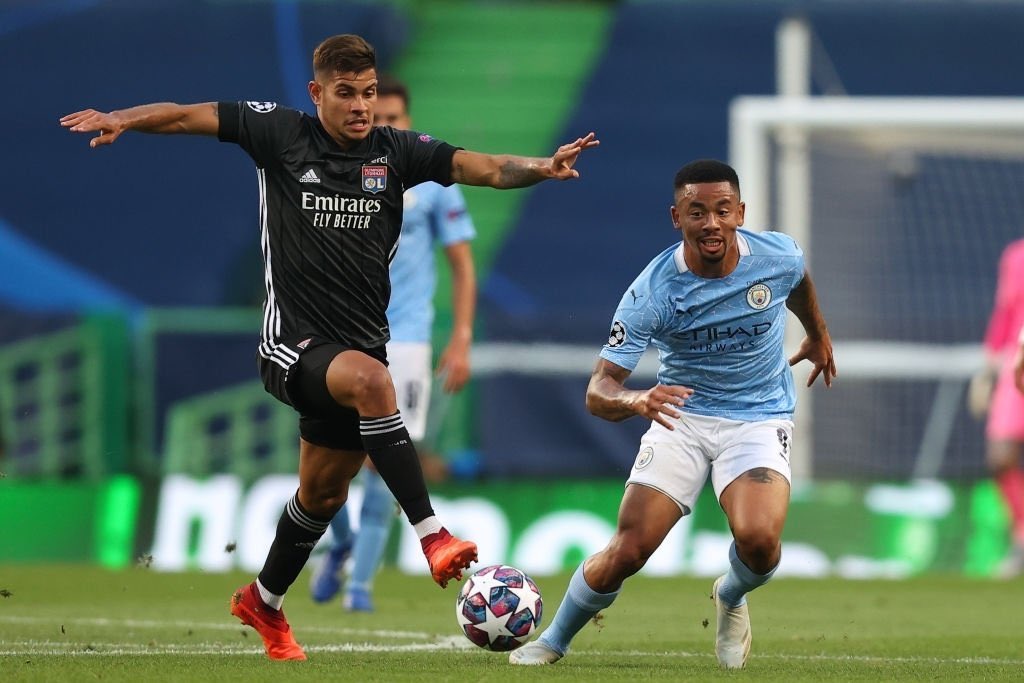 On the side of City, Pep Guardiola surprised by betting on Fernandinho on the right, Aymeric Laporte in the middle and Eric Garcia on the left in a very defensive line in Saturday’s encounter, reports Xinhua news agency.

In the first minutes of the game, the Spanish coach’s tactics seemed to have worked, since City managed three chances in just eight minutes, with a dominant 75 per cent possession of the ball. However, after 10 minutes, the game started to change and the Lyon team started to take shape.

In the 23rd minute of the first half, Toko Ekambi’s shoot was stopped by Garcia’s sliding tackle, and Maxwel Cornet took the loose ball, firing it in the back of the net.

The goal was even reviewed by the video referee, but confirmed shortly thereafter.

City’s response came soon after, with the English team growing in the game against Lyon goalkeeper Anthony Lopes performing four saves in the first half, ensuring that the game went to the interval with minimal advantage.

At the beginning of the second half, Guardiola was forced to bring on attacker Riyad Mahrez for Brazilian defender Fernandinho.

The change seems to have had an effect and after 23 minutes of the half, when Mahrez on the left released Sterling, who assisted De Bruyne from the byline.

Four minutes later, Lyon’s number nine, Moussa Dembele, received a free kick on the right, advanced and hit between the legs of Brazilian Ederson. The French team was again ahead on the scoreboard.

Five minutes later, after Ederson’s rebound, Dembele scored the third and finish off oil-rich City, who are still yet to progress to the semifinals of Champions League, despite spending more than two billion euros on player transfers in the past decade.

With this result, the semifinals are already defined with two French and two German teams. On one hand, Paris Saint Germain and RB Leipzig are playing on Tuesday, and on the other, Bayern Munich and the newly qualified Lyon, on Wednesday.