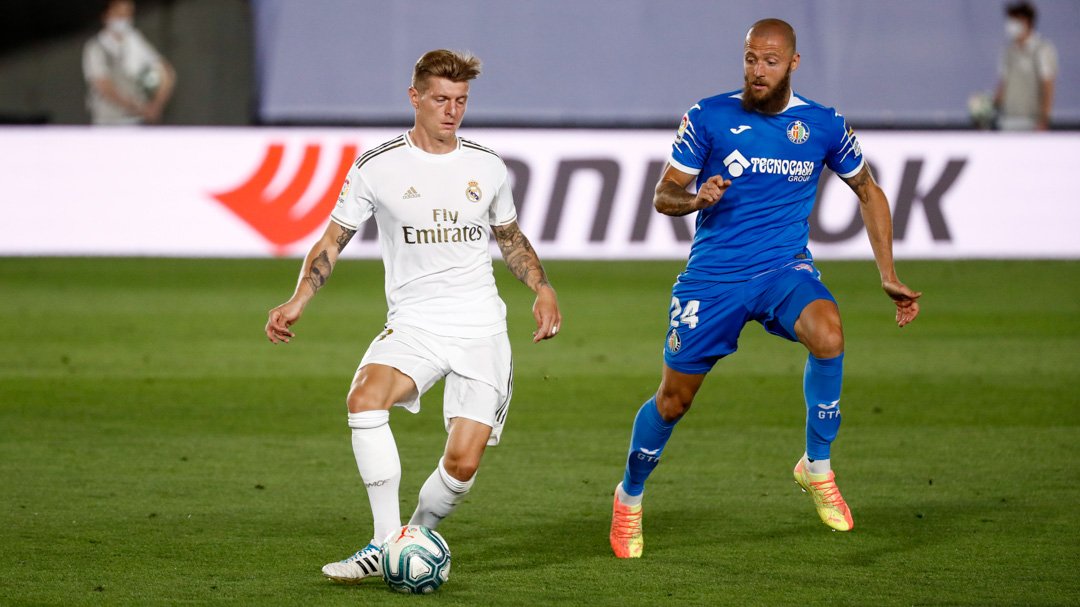 Barcelona: Sergio Ramos scored a late penalty to give Real Madrid a 1-0 victory over Getafe, increasing its lead over Barcelona to four points with the Spanish league nearing its end.

Ramos converted the 79th-minute spot kick after Getafe made its first mistake in an otherwise flawless defensive performance to stifle the more talented rivals.

Madrid right back Dani Carvajal raced into the area and cut back around defender Math as Olivera, who tripped him and gave Ramos the chance to score the winner that boosts his team’s chances of dethroning Barcelona.

It was the ninth league goal of the season for the Madrid center back.

Madrid has won all six matches since the restart of the league following a three-month stoppage for the coronavirus pandemic.

Barcelona, meanwhile, settled for a third draw in four games on Tuesday when it was held 2-2 by Atl tico Madrid.

Madrid and Barcelona both have five matches left. Madrid holds the tiebreaker in case of they finish level on points.