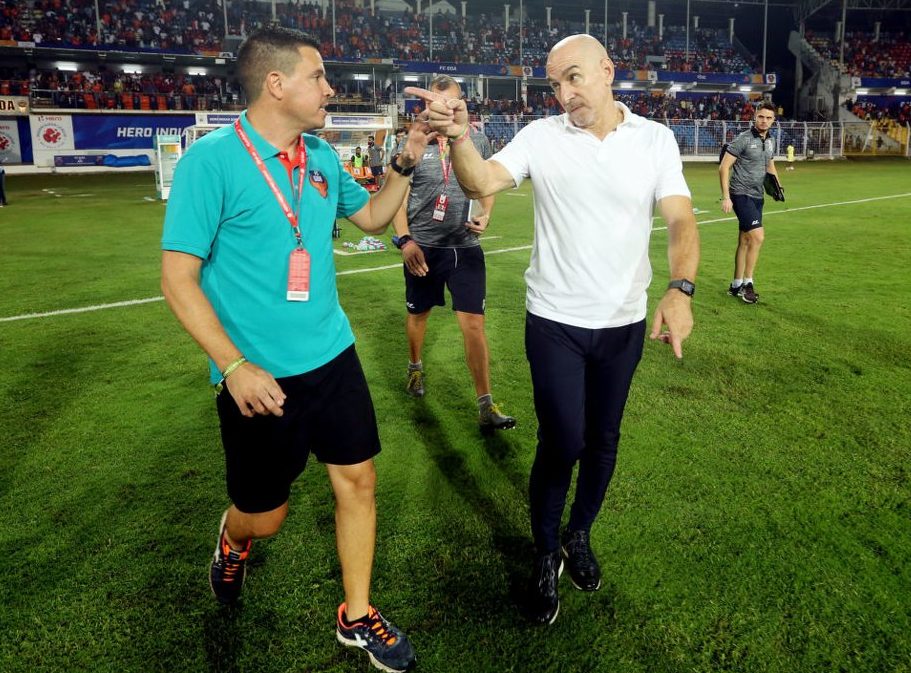 Kolkata: A league’s two best teams matching up for its final isn’t much of a novelty. But Mumbai City and ATK Mohun Bagan’s antithetical playing approach would bring an added intrigue to the Indian Super League (ISL) final, both teams standing on the cusp of their maiden ISL title.

Mumbai were the most prolific team in the group stage (35 goals) while Bagan had the tightest defence (15). With 40 points each, they were also the two most consistent sides.

But a knock-out final is always a different ball game, a winner-takes-all contest, could it be third time lucky for Bagan?

In terms of consistency on the field, there is little to choose between them apart from their diametrically opposite playing approaches.

Mumbai’s smooth passing and movement is in absolute contrast to ATKMB’s defence-oriented approach.

A side coached by Antonio Lopez Habas has never conceded first in a #HeroISLFinal.

Led and fed by their powerhouse overseas quartet of Adam Le Fondre, Bartholomew Ogbeche, Hugo Boumos and Ahmed Jahouh, Mumbai are dynamic in every sense.

Antonio Habas’ Bagan are a safety-first team, preferring to keep it tight at the back and waiting to score of swift breaks through their hot-shot striking pair of Roy Krishna and David Williams.

Seldom have their rearguard organisation been undone, only Lobera’s side have found ways to work their way past Bagan’s well-rehearsed unit twice.

The onus, thus, is on Bagan coach Antonio Habas. Being a two-time champion, he surely knows a thing or two more about the art of winning high-stake finals than Lobera, who is in his second final.

A chance to rectify the mistakes he and his team committed against Mumbai earlier would be an added source of motivation for Habas, not to mention advocating his philosophy of ‘balanced football’ over ‘free-flowing football’ that Lobera propagates.

High-profile overseas stars of both sides are among the tournament’s best and are less prone to mistakes than the Indians. Who blinks first under pressure could hold the key in deciding the fate of the contest.

In the group stage, Bagan never quite got hold of action after conceding first in both the legs against Mumbai.
Lobera would be aware of that and would urge his team to land the first punch.

Habas would be eager for his team to absorb all the blows thrown at them and then pick and choose moments to inflict damage. He would also want his midfield link men to dictate the flow of action, which they failed to execute earlier.

Well aware of each other’s strengths and weaknesses, the Spanish coaches are unlikely to spring any surprise in their starting XIs and would ideally want to win within the stipulated 90 minutes as they would have no control once the game stretches to a shootout.

Mumbai underwent that unbearable uncertainty in their semi-final victory over FC Goa. The mental and physical toll of playing 120 minutes in the second leg could work against Mumbai, though they had an extra day of rest than Bagan before the final.

Different in almost every sense, it is in only one aspect that these two teams have adopted a similar stance towards their aim of lifting silverware. Both have splashed the cash in the transfer market to assemble formidable squads and have reaped the rewards, guaranteeing continental action (ACL for Mumbai and AFC Cup for Bagan) next season.

Amongst the noise generated by their expensive acquisitions, be it a Krishna or a Buomous, it would be heartening to have a Manvir Singh or a Bipin Singh be the game-changer in a season finale of a league touted as the panacea of Indian football.