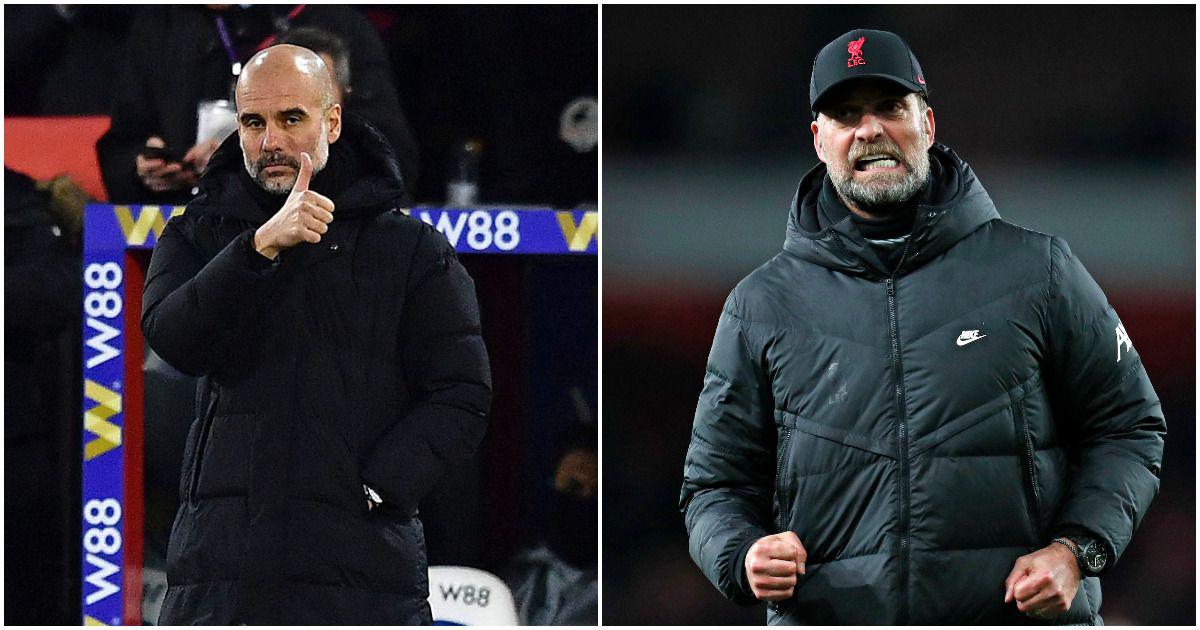 Manchester City have the destiny of the Premier League title in their hands heading into Sunday’s final day showdown, with the defending champions holding a slender one-point lead over quadruple-chasing Liverpool.

Pep Guardiola’s men will claim a fourth English title in five years of a dominant era for Abu Dhabi-backed City with victory over Aston Villa.

“It’s difficult to control your emotions when you know what you are playing for,” said City manager Guardiola.

“The players are human beings but it’s football, when you think that it is over it is not over.”

City know that to their cost having been minutes away from the Champions League final only to blow a two-goal lead in their semi-final, second leg against Real Madrid earlier this month.

“The importance is unnecessary to tell them,” added Guardiola. “They know it, they feel it.”

Liverpool will instead face Real in next weekend’s battle to be crowned champions of Europe in Paris as they remain in contention for an unprecedented haul of four major trophies in the one season.

“Imagine somebody tells you before the season you’re going to be in all three cup finals and want to fight for the league,” said Liverpool manager Klopp.

“The boys did it –- fed by the people here in the building, by our supporters, by all these kind of things.

“It’s a fantastic time for a Liverpool supporter and now we have to make sure we enjoy the last two games as well,” the German added.

The presence of Liverpool great and now Villa manager Steven Gerrard on the opposition bench at the Etihad adds extra intrigue to the decisive day in the title race.

Gerrard famously never won a league title in his 17-year career at Anfield, but could deliver one on a plate to his old club.

Anything other than a City win will allow Liverpool to take the title with victory at home to Wolves.

“We’ll go out at the weekend and give it everything we’ve got to try and get points for Aston Villa and our supporters,” said Gerrard.

“If that inevitably helps Liverpool, fantastic, but my priority is to try and get points for Aston Villa.”

Chelsea will join City and Liverpool in next season’s Champions League, with north London rivals Tottenham and Arsenal still battling for fourth spot.

Spurs are in the driving seat as they just need a draw away to already-relegated Norwich to secure a return to the Champions League.

Back-to-back defeats have seen Arsenal throw away a golden chance to get back to European football’s top table.

The Gunners have to win at home to an Everton side fresh from sealing their Premier League status and hope Spurs stumble at Carrow Road.

Manchester United and West Ham are guaranteed European football next season but their battle to be in the Europa League rather than the Conference League has also gone to the final day.

Incoming United manager Erik Ten Hag is expected to be in attendance for their trip to Crystal Palace.

Should United fail to win, the Hammers can finish sixth with victory at Brighton.

At the bottom of the table, one of Burnley and Leeds will be relegated.

Burnley have the advantage of just having to match Leeds’s result thanks to their superior goal difference.

The Clarets host Newcastle at Turf Moor, while Leeds travel to Brentford.

Everton’ celebration at avoiding the drop when they beat Crystal Palace in dramatic fashion on Thursday were marred by a pitch invasion at Goodison Park.

Police are investigating an incident where Palace manager Patrick Vieira kicked out after being taunted by a fan.

“I think we’re going into dangerous territory where something could happen in a game that has terrible consequences,” he said.

Fixtures (all matches will begin on Sunday at 8.30 pm IST):