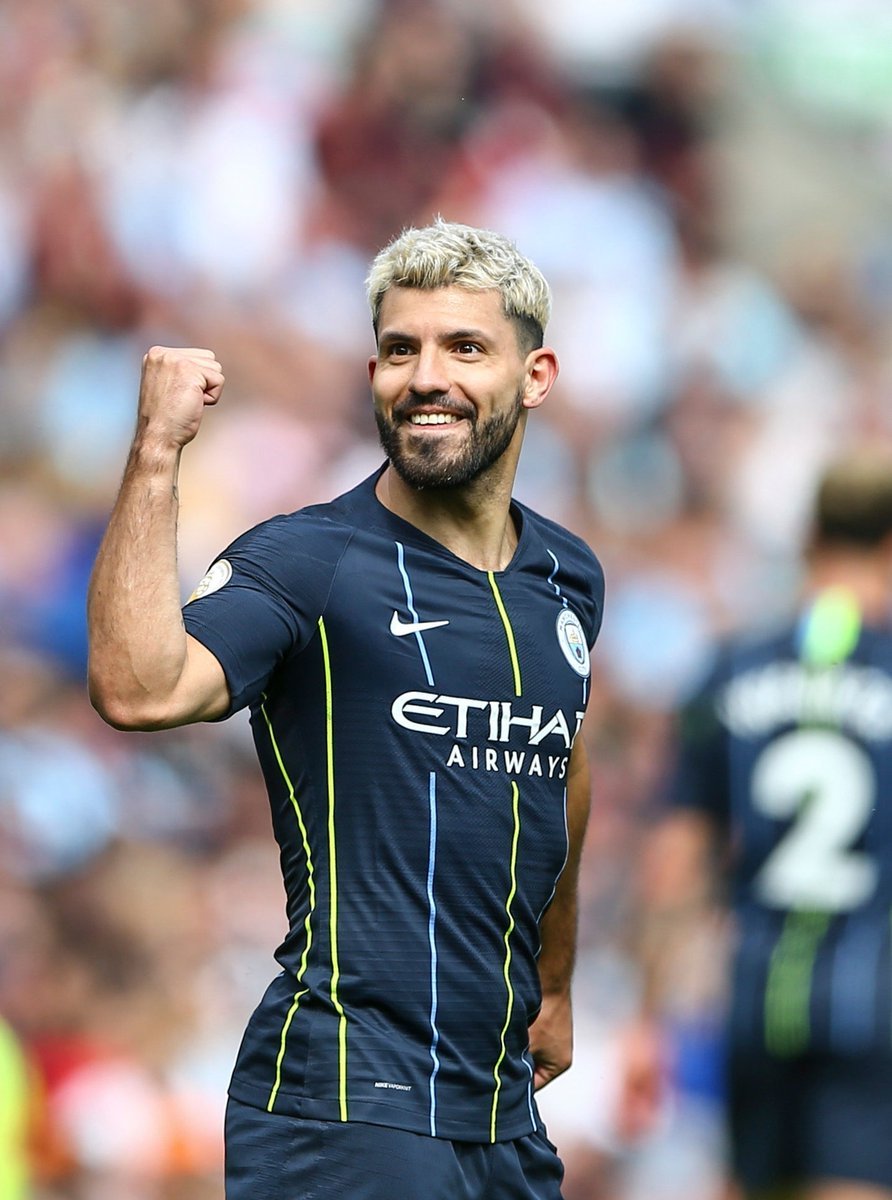 London: Sergio ‘Kun’ Aguero’s 63rd minute goal gave Manchester City a nervy 1-0 win away to Burnley to take them a step closer to the Premier League title on Sunday afternoon.

It seemed City were never going to break down an excellent Burnley defense until Aguero received the ball, turned and shot, and although his effort hit a defender, the goal-line technology system confirmed the ball had crossed the line before being hacked clear.

It was the Argentinean’s 20th league goal of the campaign and arguably his most important so far.

The win means that if Pep Guardiola’s side retain a one point lead over Liverpool with two games left to play and that if they win their last two games of the season (at home to Leicester City and away to Brighton) the title will again be theirs.

Liverpool fulfilled their obligations on Friday night as they cruised to a 5-0 win at home to already relegated Huddersfield Town.

Huddersfield have managed to get just 14 points all season and they never looked like adding to that total from the moment Nabi Keita opened the scoring in the first minute of the game.

Sadio Mane and Mohamed Salah scored two goals each as Liverpool enjoyed exactly the sort of evening they would have asked for before, ahead of their Champions League visit to the Camp Nou Stadium next Wednesday.

Third place Tottenham suffered their first defeat in their new stadium as they lost 1-0 at home to West Ham United in what is not ideal preparation for their Champions League semifinal against Ajax.

Michail Antonio’s 67th minute goal separated the two sides and leaves Tottenham with work still to do in order to assure a top-four finish and Champions League football next season.

Arsenal did their top-four hope no favors as they lost 3-0 away to Leicester. Unai Emery’s side had to play for almost an hour with 10 men after Ainsley Maitland Niles was sent off in the 35th minute, but it wasn’t until the hour that Youri Tieleman opened the scoring.

Jaime Vardy scored twice in the last five minutes as Leicester kept their hope of a top-seven finish alive, while Arsenal have conceded six goals in their last two games.

The defeats for Tottenham and Arsenal opened the door for either Manchester United or Chelsea to take a step towards a place in next season’s Champions League, but their clash in Old Trafford produced a 1-1 draw, which is little help to either.

Former Chelsea player, Juan Mata opened the scoring for United in the 11th minute only for Marcos Alonso to equalize before halftime after another bad mistake from United keeper, David de Gea.

Juan Mata is the second player to score for both clubs in #PL meetings between Chelsea & Man Utd, after Mark Hughes pic.twitter.com/gjULZaYEFA

However, any disappointment among home fans was tempted by the news that Fulham had beaten Cardiff City 1-0 to mean Southampton have survived for another year.

Pascal Gross netted a 75th minute equaliser to give Brighton a vital point at home Newcastle. Ayoze Perez had put Newcastle ahead after 18 minutes and the visitors dominated the first half, but Gross’ goal means that thanks to their superior goal difference, Brighton will now be safe if they can win one of their last two remaining matches or Cardiff fail to win both of theirs

Crystal Palace and Everton drew 0-0 in Selhurst Park, while Wolves moved into seventh with a 2-1 win away to Watford. Raul Jimenez and Diogo Teixeira scored the goals as Nuno Espiritu Santo’s team added another three points following their midweek triumph over Arsenal.