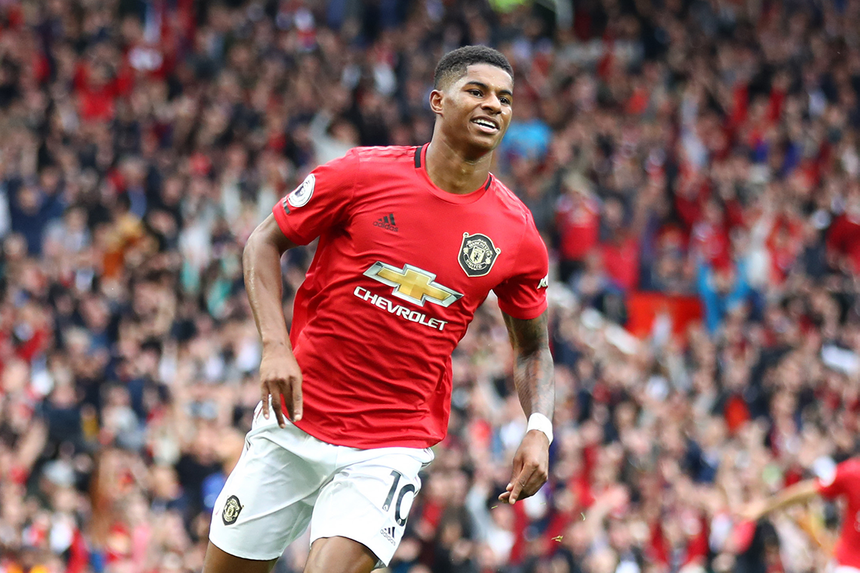 London: A brace by Marcus Rashford helped inspire Manchester United to a 4-0 victory over Chelsea at Old Trafford.

But it was Man Utd who went 1-0 up on 18 minutes when Rashford scored a penalty after being fouled by Kurt Zouma.

Chelsea’s Emerson was also denied by the woodwork before the break, but Man Utd scored the second goal in the 65th minute after Anthony Martial finished from Andreas Pereira’s cross.

Two minutes later Rashford latched on to Paul Pogba’s chipped through-ball to make it 3-0, before substitute Daniel James struck a fourth on his Premier League debut.

Top of the class ⚽️

Since his debut, @AnthonyMartial has scored 49 goals in all competitions for @ManUtd – more than any other player#MUNCHE pic.twitter.com/19heqpNUzu

The home side started brightly, with debutant Joelinton heading wide before Jonjo Shelvey hit the post.

Arsenal’s best chance of the first half fell to Henrikh Mkhitaryan, who shot over the bar when well placed inside the penalty area.

The Gunners made the breakthrough after 58 minutes, with Ainsley Maitland-Niles’s pass finding Aubameyang, who lifted the ball over Martin Dubravka to score.

Unai Emery handed Premier League debuts to Dani Ceballos, Nicolas Pepe and Gabriel Martinelli during the second half as Arsenal held on to make it 13 wins from 14 competitive matches against Newcastle.

For the first time since 2008/09 (1-0 against West Brom), @Arsenal keep a clean sheet on the opening day of a #PL season#NEWARS pic.twitter.com/rh6A9dJDEg

Leicester City and Wolverhampton Wanderers had to settle for a point apiece as they drew 0-0 at King Power Stadium.

The home side dominated first-half possession and Leicester came closest when Jamie Vardy failed to connect with Youri Tielemans’ centre across the six-yard area.

Wolves thought they had scored six minutes into the second half, but Leander Dendoncker’s strike was ruled out after the Video Assistant Referee confirmed the Belgian had headed against Willy Boly’s arm before the ball fell back to him to score.

Wolves’ Raul Jimenez twice forced Kasper Schmeichel into saves in the second half, while Leicester substitute Harvey Barnes could not beat Rui Patricio from distance as neither team were able to break the deadlock.