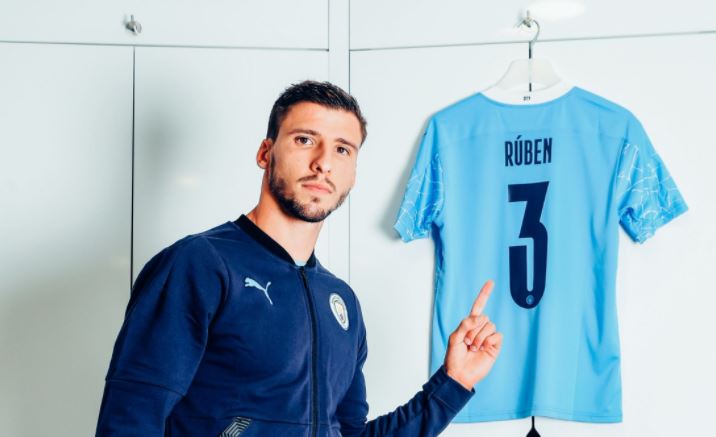 Manchester: Manchester City have completed the signing of Portuguese international Ruben Dias from Benfica. The 23-year-old centre-back has signed a six-year contract, which keeps him at the club until 2026.

Dias has made more than 100 appearances in three seasons for the Lisbon giants, with whom he won a league title in 2018/19 and has been capped 19 times by Portugal.

“To have the opportunity to join a club like Manchester City is a fantastic opportunity for me and one I couldn’t turn down,” Dias said.

“I believe I can improve here, at a club whose ambitions match my own and I will give everything to be successful and win titles,” he added.

Meanwhile, defender Nicolas Otamendi left City and has signed a permanent deal with Benfica. The 32-year-old defender embarks on a new challenge in Portugal after five years of service during which he helped the club lift every major honour in English football.

“They were five wonderful years, not just in a footballing sense, but also at a club where they treat you in the best way possible, from the chefs to the kitmen, through to the backroom staff,” he told mancity.com.

In total, Otamendi made 210 appearances, scoring 11 goals and he departs a two-time Premier League champion, with four League Cup medals to his name and having lifted the FA Cup in 2019. He also won the Community Shield on two occasions.