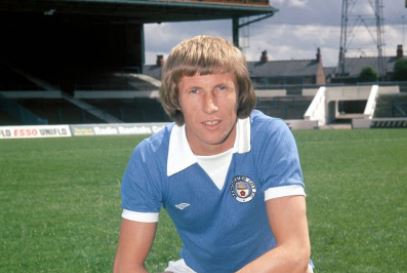 Manchester: Manchester City legend Colin Bell has passed away after a “short, non-Covid related illness” at the age of 74.

Bell is widely regarded to be the finest City player of his generation, making 501 appearances and scoring 153 goals for the club during a 13-year stay.

He was also capped 48 times by England — and his appearances for both club and country would have been far higher but for a devastating knee injury he suffered in 1975.

Known as Colin The King, fans in 2004 voted to name a stand inside the Etihad Stadium after him and his name is still sung regularly at matches.

“Colin Bell will always be remembered as one of Manchester City’s greatest players and the very sad news today of his passing will affect everybody connected to our club,” said City chairman Khaldoon Al Mubarak while paying his tributes.

“I am fortunate to be able to speak regularly to his former manager and teammates, and it’s clear to me that Colin was a player held in the highest regard by all those who had the privilege of playing alongside him or seeing him play. The passage of time does little to erase the memories of his genius. The fact that we have a stand at the Etihad Stadium named after Colin speaks volumes about the importance of his contribution to this club,” he added.

Bell returned to City as part of the youth team set-up for a time and after being awarded the MBE in 2004 for his services to football, the club recognised his enormous contribution by naming a City of Manchester Stand ‘The Colin Bell Stand’ that same year.

He leaves behind wife Marie, children Jon and Dawn and grandchildren, Luke, Mark, Isla and Jack.