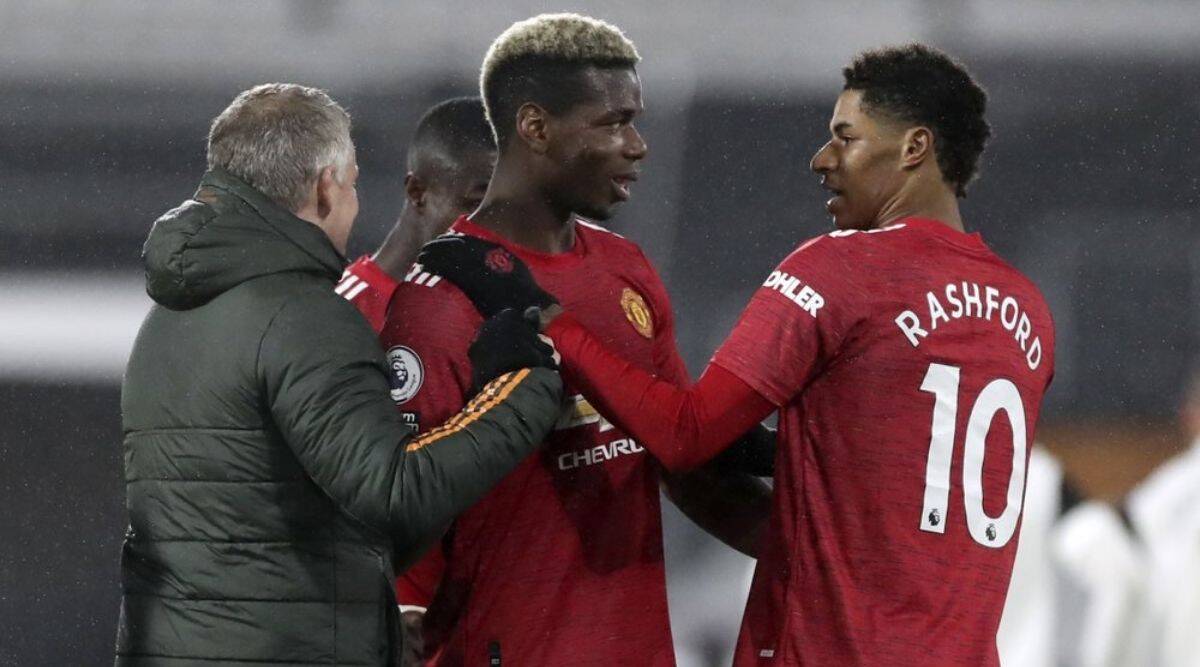 New Delhi: Paul Pogba scored a long-range winner for the second time in a week as Manchester United came from behind to beat Fulham 2-1 and move back to the top of the Premier League on Wednesday.

Pogba created space for himself just outside the corner of the penalty area and bent a powerful shot past Fulham goalkeeper Alphonse Areola and into the far corner of the net in the 65th minute.

Fulham had taken the lead in the sixth minute when Ademola Lookman slotted home after beating United’s offside trap and running clean through, only for Edinson Cavani to capitalize on a mistake from Areola to bring the visitors level.

Leicester — by beating Chelsea on Tuesday — and Manchester City — with a 2-0 win over Aston Villa hours before kickoff of the Fulham-United match — had moved to the summit in the past 24 hours, but United responded to pull two points clear and tie the club record of 17 Premier League away games without defeat, which was set by the treble-winning side of 1999.

Fulham slipped to a second straight loss, with its winless run now stretching back eight games to leave the team four points from safety.

Frank Anguissa was given time and space to turn and play in Lookman, who gave Fulham the lead in a top-flight game for the first time since a 1-1 draw at Newcastle on Dec. 19.

The home side tried to keep up its initial intensity as the half continued, and was quick to close down United’s players as they looked to get forward. But, in the 21st minute, United found the equalizer just moments after Bruno Fernandes hit the inside of the post.

Areola was unable to hold on to a cross from the left by Fernandes and spilled the ball into the path of Cavani, who fired into an unguarded net.

The Uruguay international became the first United player to score his first five goals for the club away from home.

Moments later, Areola was at full stretch to deny the visitors a second, as he parried Fernandes’ effort away for a corner.

Fulham had the first chance of the second half, with Lookman and Ivan Cavaleiro finding Harrison Reed, but his quick shot from distance was over the bar.

In the 64th, Areola was called into action to deny Anthony Martial from giving his side the lead with a header after the United striker found space between two Fulham defenders.

After Pogba’s goal, Fulham pressed for a point and Ruben Loftus-Cheek was presented with two opportunities late on, but one was saved by David De Gea and the other was fired well over the bar.

Pogba volleyed in United’s goal in a 1-0 win at Burnley last week, lifting his team into first place near the midway point of the season for the first time in eight years.