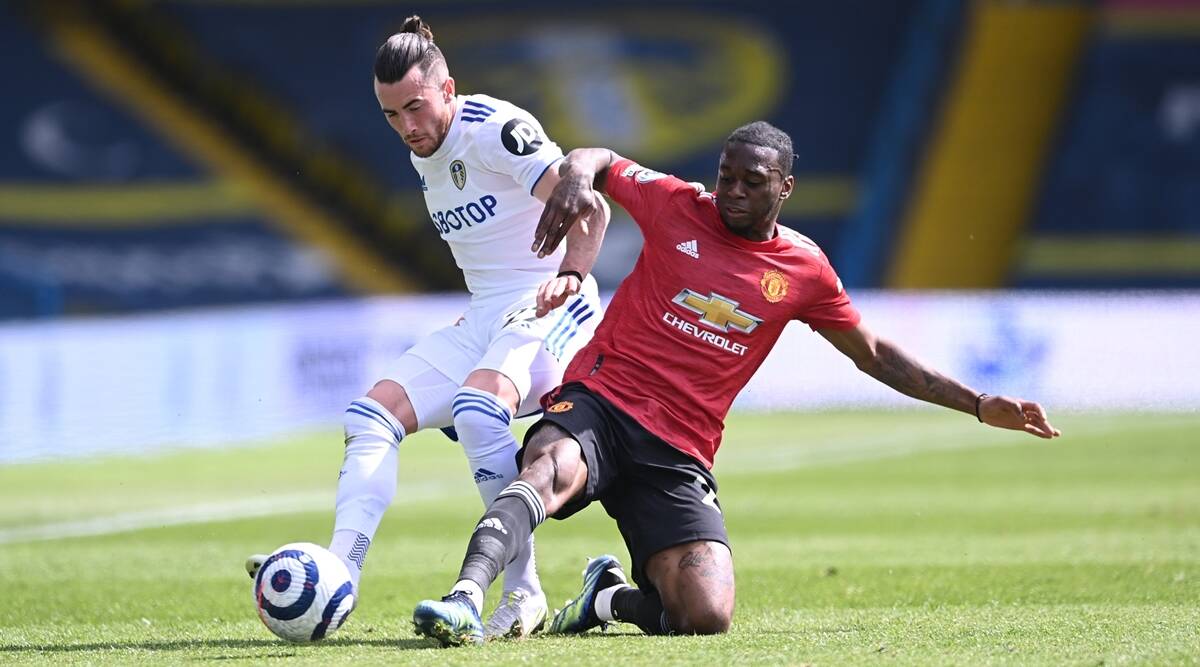 New Delhi: Second-placed Manchester United edged closer towards qualification for the Champions League, the tournament their owners tried to break away from last week, with a goalless draw at Leeds United in the Premier League on Sunday.

The point left Ole Gunnar Solskjaer’s side 12 points clear of fifth-placed West Ham United with five games remaining and they remain unbeaten away from home in the league all season.

Manchester City are top of the table on 77 points, 10 ahead of United, and they can secure their third title in four seasons next week if they win at Crystal Palace and United lose to Liverpool.

Manchester United were one of 12 top European clubs who last week announced they were setting up a breakaway Super League before the plan rapidly fell apart. United, like the other founder members would have featured in the competition every year without the need for qualification.

The message “Earn it on the Pitch. Football is for the Fans” was prominently displayed on a banner placed by Leeds on the seats behind the goal but while the point remained relevant there was no shortage of competitive spirit on the field.

Leeds, promoted last season to the top flight after a 16-year absence, have certainly shown no respect for the so-called “Big Six” — Marcelo Bielsa’s side have drawn all five home games they have played against members of that elite group.

There were few chances at Elland Road in what was a physical clash, the visitors going closest to scoring through a dipping free kick from Marcus Rashford just before halftime which was tipped over by Leeds keeper Illan Meslier.

As always, Leeds were energetic and determined but they too struggled to create openings with their best effort a deflected Helder Costa shot which flew just over the bar.

Manchester United won the reverse fixture 6-2 earlier this season but Solskjaer was not dispirited by the result.

“There’s no guarantees in football that’s for sure. I thought we played well, dominated the second half, just didn’t have the ball to fall correctly for us in the moments we had,” said the Norwegian.

Striker Chris Wood scored a first-half hat-trick as Burnley cruised to a 4-0 victory over Wolverhampton Wanderers on Sunday and eased their Premier League relegation fears.

Sean Dyche’s visiting side exposed a listless Wolves defence as they snapped a three-game losing run to climb to 14th in the league table and nine points clear of the relegation zone.

ACL: FC Goa aim at a win against Al Rayyan