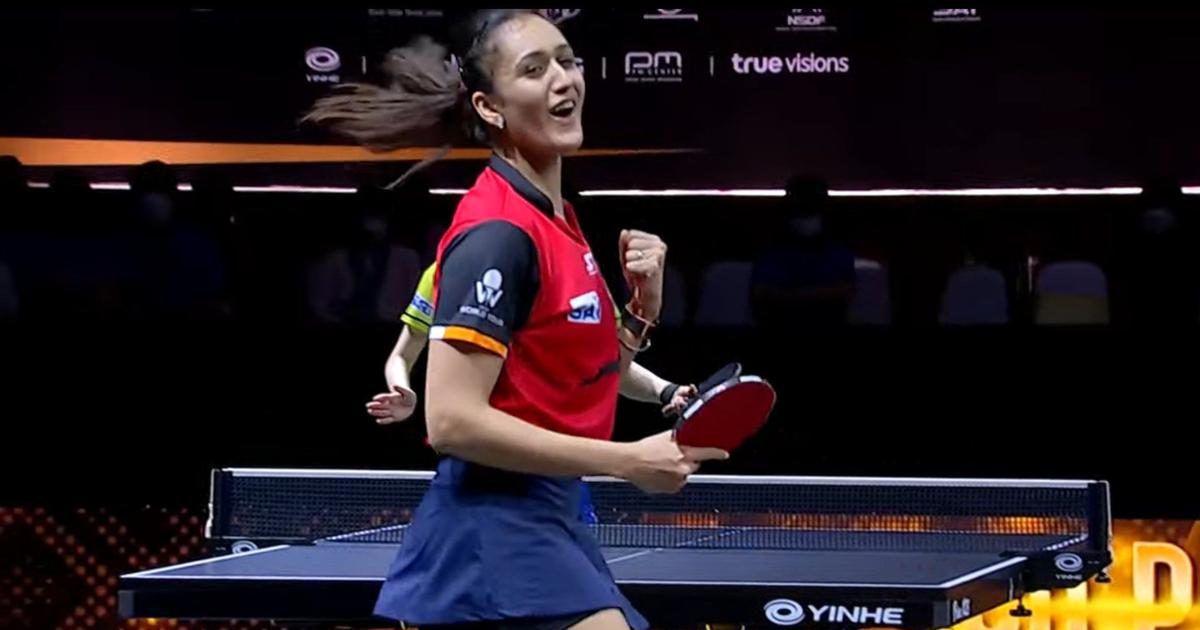 Bangkok: Manika Batra became the first Indian paddler to win a medal in the ITTF-ATTU Asian Cup after shocking world number six Hina Hayata of Japan in the bronze play-off here on Saturday.

I am so so happy winning bronze medal in this Asian cup. Defeating the Top players was challenging and I’m proud of my victory.
It was so wonderful playing and competing against them.

I will continue this hard work and will give my best in future tournaments as well…
1/1 pic.twitter.com/Lfb8gk7BfF

The 27-year-old started her campaign with an upset 4-3 win over China’s world No 7 Xingtong Chen in the Round of 16, and then went onto beat world No 23 Szu-yu Chen 4-3 as well to get to the semifinal.

She faced world No 5 Mima Ito of Japan in the semifinal, but was beaten 4-2.

Batra started off the bronze medal match well, putting Hayata on the back foot with her big forehands.

Trailing 2-1, Hayata took a strong 10-6 lead in the fourth game and looked certain to level the match only for Batra to claw her way back and win the next six points in a row to go up 3-1.

Hayata did manage to reduce the deficit in the fifth game, winning it 11-4. But Batra showed her intent in the sixth game, playing aggressively towards Hayata’s backhand before eventually sealing a historic win.