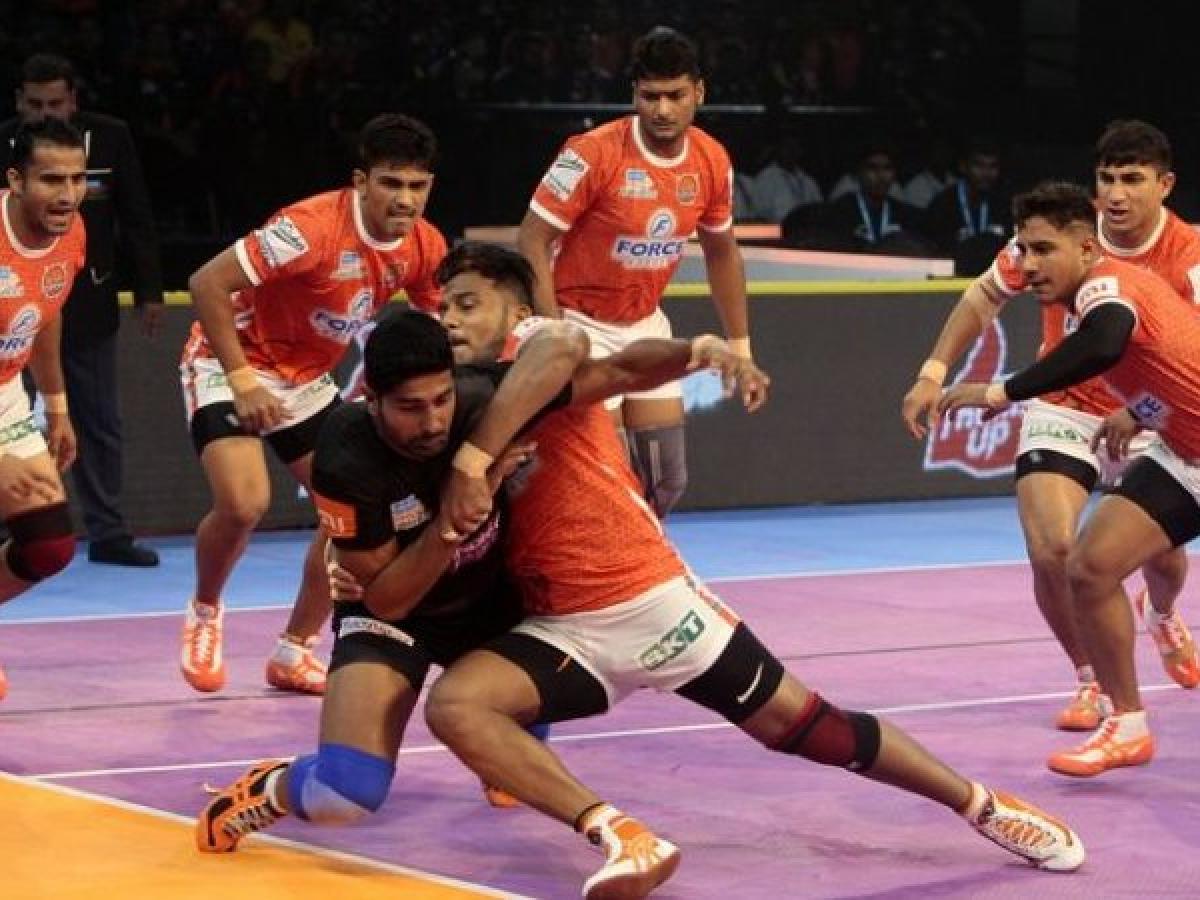 New Delhi: An ingenious substitution in the dying moments helped the Bengaluru Bulls beat the Bengal Warriors 36-35 in a high-scoring thriller on Sunday. Pawan Sehrawat was the Bulls’ leading scorer with 15 points, while Maninder Singh led the Warriors by example with 17 points.

Bengal got off to a strong courtesy of skipper Maninder, who picked up a couple of early points to give his side a 5-3 lead. The Bulls, down to four defenders, tried to pin Maninder down, but the superstar raider powered his way through the midline after tagging all four players for a six-point Super Raid that gave his side an 11-3 lead.

The Bulls responded strongly, courtesy of skipper Sehrawat, who forced two defenders off the court and then tagged three defenders before sprinting past the midline for a seven-point Super Raid that cut his team’s deficit down to just one. Bengaluru finished the half stronger and went into the halftime break leading by one.

The game was back-and-forth five minutes into the second half, but then the Bulls managed to pick a few unanswered points to reduce the Warriors down to just three men on the mat. Sehrawat took care of the remaining three players in two quick raids to help his side inflict an All Out and take the lead.

The Warriors responded to the setback in some style, taking just a few minutes to inflict an All-Out on the Bengaluru Bulls to cut their lead to just one point. Maninder’s two-point raid saw the Warriors reclaim the lead, but the Bulls’ defence and Sehrawat ensured the game remained close.

With a minute left and the scores level, Bulls coach Randhir Sehrawat made a bold move and subbed on Korean raider Dong Geon for his team’s penultimate raid. The decision proved to be a masterstroke, as the Korean picked up two points to give the Bulls the lead.

The Bulls’ defence smartly surrendered a raid point on either side of a game-clinching raid from Sehrawat to ensure they win a thriller by the narrowest margin.