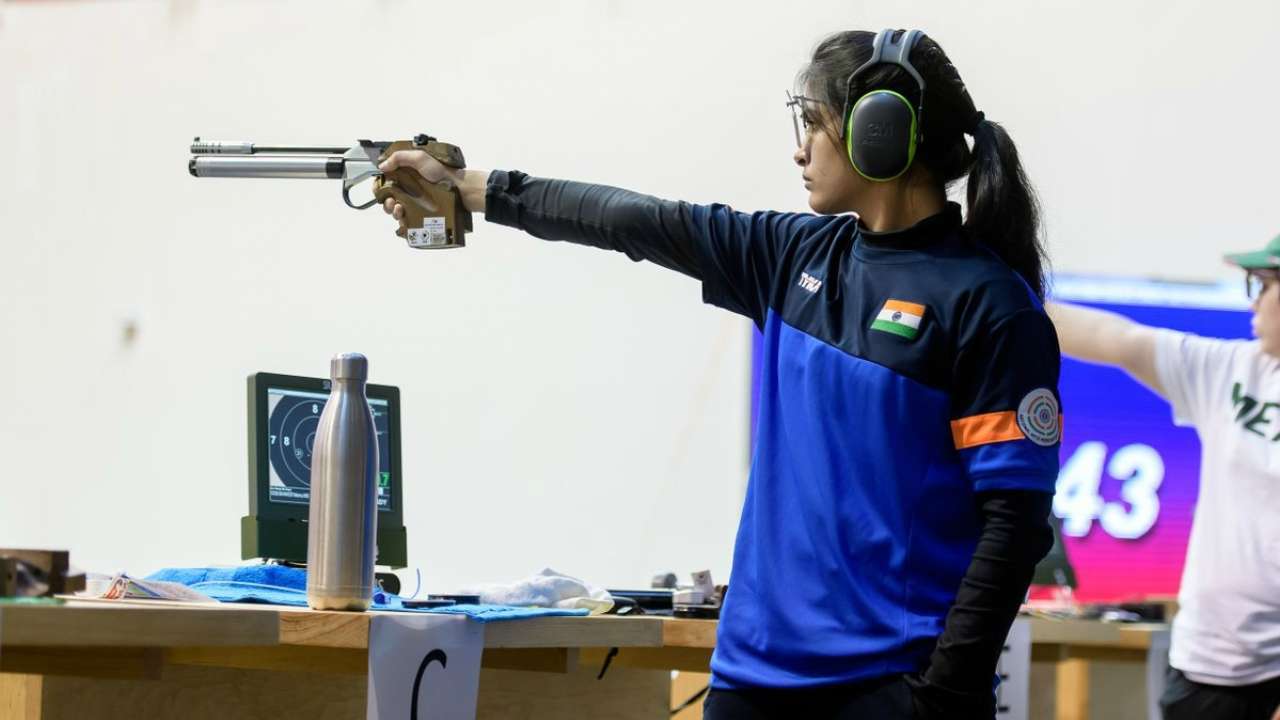 This was the Indian pistol shooters’ final event at Tokyo 2020. India’s gold drought in shooting, which started at the 2016 Rio Olympics, has continued in Tokyo so far and only a few events are left for the country’s shooters to salvage their pride.

Only the top-eight from the qualifying round make it to the eight-shooter finals.

Before taking aim at the Akasa Shooting Range on Friday, Manu was placed fifth in the overall standings with a score of 292/300 in Thursday’s precision round. Rahi, on the other hand, started from her overnight position of 25th with 287 points.

Rahi, on the other hand, scored 286 in the rapid-fire round to finish with a cumulative score of 573 in the qualifying round.

South Korea’s Minjung Kim was the eighth shooter to make the final cut.

Manu and Rahi’s exit has ended the Indian pistol shooters’ campaign at the Olympics. Any medal hopes for India in shooting now rests on the men’s and women’s 50m rifle 3 positions shooters.