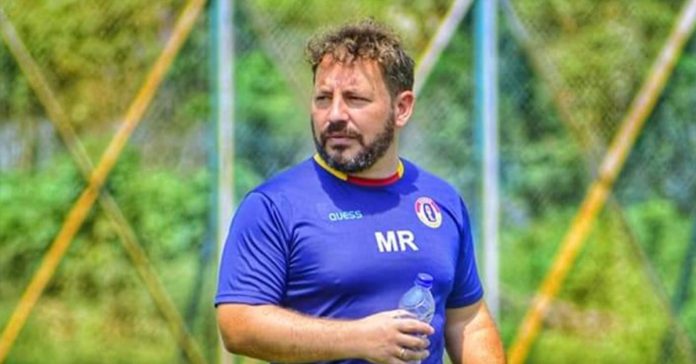 New Delhi: East Bengal announced Spaniard Mario Rivera Campesino as their new coach for the remainder of the season on Thursday.

Mario’s familiarity with the team and coaching staff were taken into considering when EB were searching for someone to take charge of the team.

The existing coaching staff of the team has taken over the reins on an interim basis for their next I-League match, away against defending champions Chennai City on Saturday.

Three successive defeats in the I-League, the latest being against bitter rivals Mohun Bagan, forced Alejandro to resign with immediate effect in a meeting between East Bengal and the club’s principal sponsors Quess’ officials on Tuesday, less then 48 hours since his team’s morale-sapping 1-2 loss in the Kolkata derby.

“Following the resignation of Spaniard Alejandro Menendez, as coach of  Quess East Bengal FC (QEBFC) on Tuesday. The club today announced the appointment of Mario Rivera Campesino as the head coach of the senior team till 31st May, 2020,” East Bengal said in a statement.

“He is an UEFA Pro License coach  and most of his coaching stints were in Spain. Mario will arrive as soon as his visa formalities are completed.”

With eight points from seven matches, East Bengal are currently seventh in the league standings, nine points behind leaders Mohun Bagan, staring at a trophy-less season in their centenary year.

After taking the hot seat at the beginning of last season, Alejandro failed to win any silverware during his one and half season stay at the Kolkata Maidan.